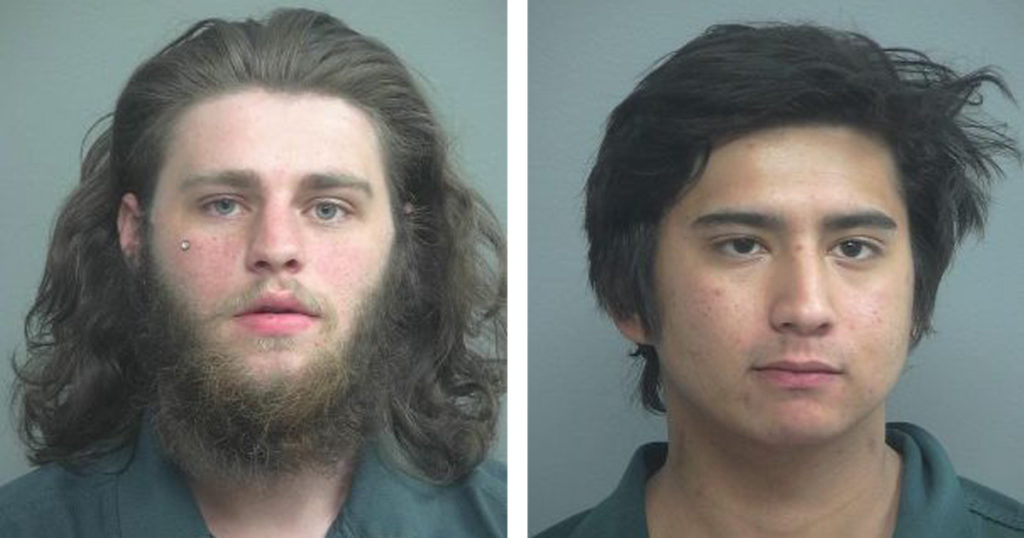 Corby Alan Johnson, left, and Andrew Charles Cudney have been arrested on multiple burglary counts and felony conspiracy to commit.

UPDATE – 3:05 PM: Rock Springs Chief of Police Dwane Pacheco has confirmed that the two men arrested in this story have been connected to a rash of auto burglaries occuring at apartment complexes around town. SweetwaterNOW will have more on this story as it develops.

ROCK SPRINGS — Two Rock Springs men have been arrested for multiple counts of burglary but are currently not believed to be connected to the string of auto burglaries that occurred at several apartment complexes around town this week.

Corby Alan Johnson, 21, and Andrew Charles Cudney, 19, were arrested yesterday as Rock Springs Police Department officers continued to investigate the auto burglaries. Johnson was arrested on eight counts of aggravated burglary with use of a deadly weapon, two counts of burglary, interference with a police officer and felony conspiracy to commit.

Cudney, 19, was also arrested for burglary and felony conspiracy to commit. The RSPD has not released any further information at this time and reminds the community that all suspects are presumed innocent until their case has been adjudicated in a court of law.