Geologic formations in Wyoming bear a wide range of fossils, representing life forms from nearly every geologic time period. Some of the oldest fossils on earth are found here. From single-celled organisms to wooly mammoths; from bacterial algae to palm fronds, Wyoming hosts a diverse array of terrestrial and marine plant and animal fossils.

The Cenozoic Era is sometimes referred to as the Age of Mammals. It was during this stretch of geologic time that the variety of terrestrial animals began to expand and the continents began to take their present shape and distribution.

Tertiary sediments are widespread in Wyoming. The climate during the Tertiary supported growth of thick forests. As a result, plant fossils are common in rocks from this period. Much of Wyoming’s economic coal deposits are found in Tertiary sediments. Marsupials, primates, and hoofed mammals such as antelope and camels begin to appear in the fossil record. Other Tertiary terrestrial life includes bears, mastadons, rodents, cats, and dogs. Of particular significance in the Tertiary fossil record of Wyoming is the Green River Formation. This formation was deposited on the floor of an ancient lake (Lake Gosiute). It is recognized for its well-preserved fish fossils, including Knightia, the Wyoming State Fossil. The Green River Formation also bears fossil bats, plants, invertebrates, and vertebrates.

In the Quaternary, several periods of glaciation occurred in Wyoming. Mammoths, mastadon, bison, and horses (among other animals) have been found in Wyoming’s Quaternary fossil record. 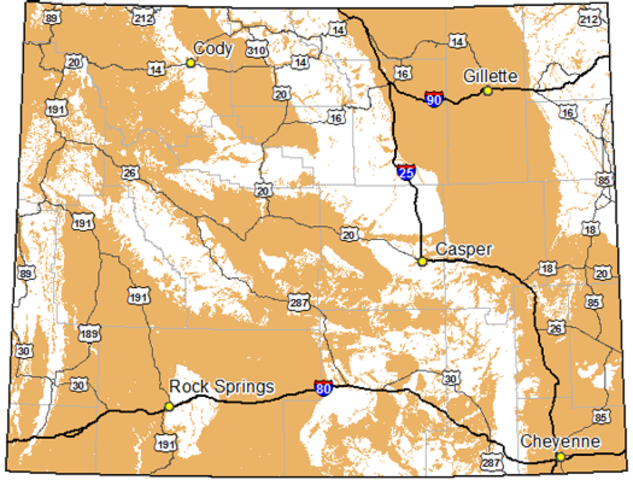 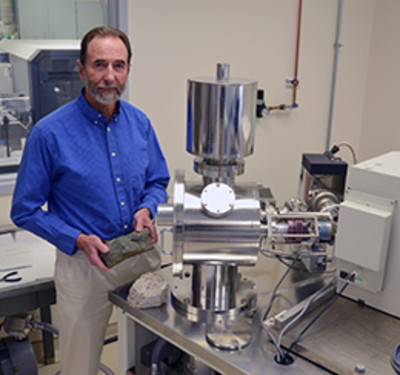