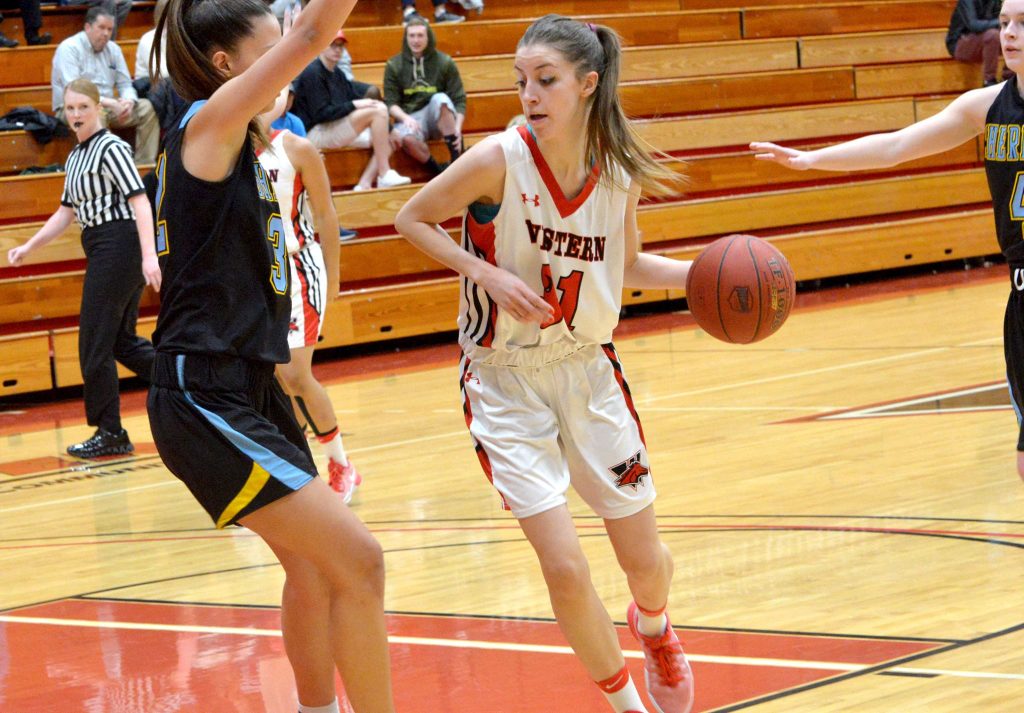 RIVERTON – The Western Wyoming ladies won their sixth straight in Riverton on Wednesday while the men let another one get away at the end.

Since losing to Casper on a last-second shot, the women have been on a role. They continued Wednesday night as they dominated Central. By halftime, Western had a twenty-point lead and continued to push the action in the second half. Central took a two-point lead early but a 12-0 run had the ladies off and running, By half, the ladies extended the lead, 44-24.

Marlee Machon, Irene Garrido Perez and Lexi Smith all hit threes to start the second half and the ladies never looked back. In the end, it was WWCC with the 80-47 win. Perez finished with a team-high 23 points while Lexi Smith continued her hot play with 14 points with 12 coming from beyond the three-point line. Despite a cold shooting night from the outside, Ozge Yarga finished with 11 points.

For the Mustangs, they looked to build off the 100-64 win over Little Big Horn last time out. Behind Tyrell Isaacs, Western used a 17-4 run midway through the first to take a nine-point lead at the break, 39-30. The quickly extended the lead to double figures in the first five minutes of the second half. A 10-1 run by the Rustlers had Central back to within four midway through the final half.

The cold shooting continued for the Mustangs and at the 6:44 mark, Central grabbed the lead for the first time since the first half. Two minutes later, Issacs gave the Mustangs the lead back but that would be the last time for WWCC. Central outscored WWCC 16-7 in the final four minutes to take the 69-61 win. Isaacs finished with a team-high 25 points while Callum Lawson recorded a double-double with 15 points and 11 rebounds. Two Mustang leaders all season, Josh Fearing and David Thornton, were held scoreless on the night.

Both the ladies and men return home for two starting with Casper College this Saturday. Both teams lost to Casper on the road in the final seconds. The women are scheduled to tip at 2 p.m. followed by the men at 4 p.m. The ladies will be playing for the top spot in the North Conference.