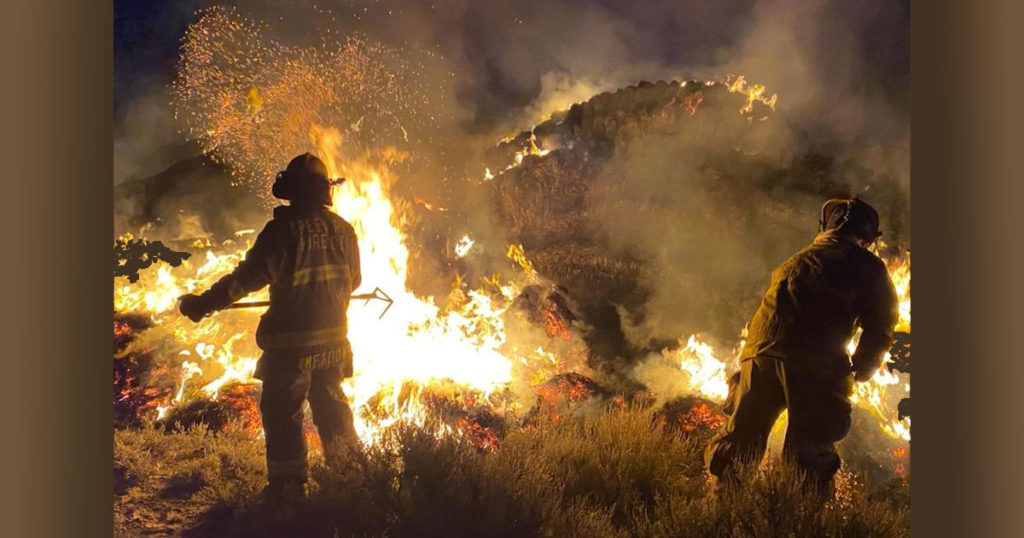 Crews were on the scene until around 3:30 a.m. Monday battling the hay fire along Highway 372 near Seedskadee.

GREEN RIVER — It was a long Monday night and morning for countywide fire agencies following a hay fire at the intersection of Highway 372 (La Barge road) and Highway 28 junction to Farson.

Erdmann said upon arrival the truck driver had dropped part of the load of hay that was on fire and moved his unit forward. The fire remained active on the trailer, and he dropped the trailer then moved the tractor away. Erdmann said the big pile of hay was a total loss, so his department
began to extinguish the fire on the trailer.

He says after the trailer fire was extinguished, fire fighters began to extinguish the fire from several different piles of hay. Erdmann says fire crews and law enforcement were on the scene until approximately 3:30 a.m. BLM and county fire crews brought in equipment around 7 a.m. to spread the hay and cool any remaining hot spots.

Erdmann also reports that there are a lot of cattle on the La Barge road and he’s asking motorist to be very careful while traveling the road, especially at night.