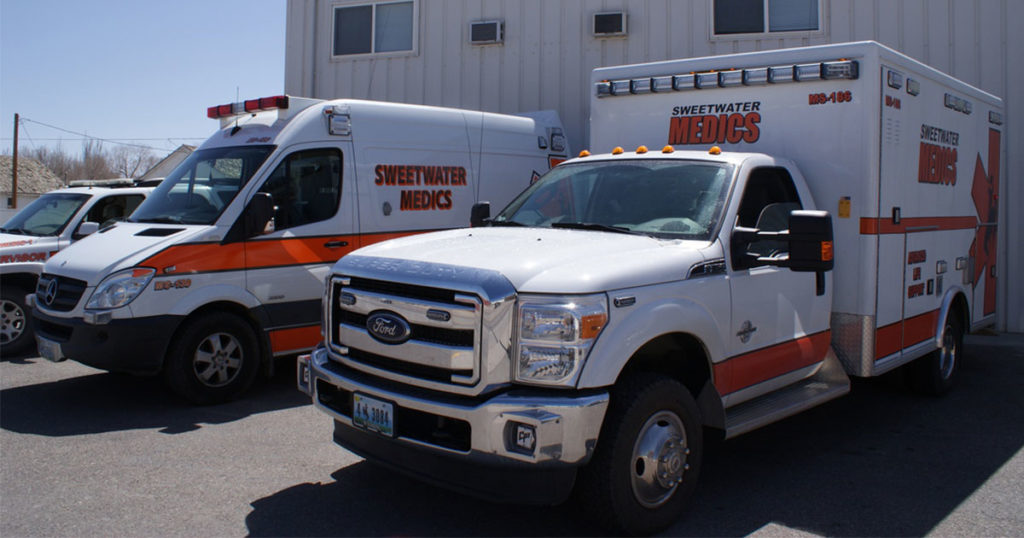 Both contracts for ambulance service were expiring.

The county extended their contract with CRHD up to a maximum amount of $348,000 throughout the fiscal year, to be paid monthly. This meets CRHD’s budget request for the year, which is an increase of $47,000 from last fiscal year.

The contract with Sweetwater Medics was extended as well, in which the county will provide a subsidy of $77,632.05 monthly for 12 months.

Commissioner Jeff Smith said this was a “fairly significant increase” from last year. Last fiscal year, Sweetwater Medics was given a subsidy of $596,640 for the year. This year’s subsidy totals $931,584.60.

Ambulance services have become difficult to fund in Sweetwater County because of the lack of revenue coming in and the cost to run the service.

The commissioners also looked at the salaries for five county positions, in which they adjusted three of them. They kept the Accounting Manager salary and the Juvenile Probation Director salary the same. The accounting manager salary is $114,821.19, Wendling said.

According to the county’s public salary disclosure for July 2019, the juvenile probation director gross monthly salary was $6,632.05. Wendling said this is already at a level higher than all relevant data, so they did not adjust it.

They adjusted the Grant Writer salary to account for project accounting, current and future community development, and economic development participation, according to Chairman Randy “Doc” Wendling. The salary was adjusted to $103,223.64. The grant writer gross monthly salary, according to the July 2019 public salary disclosure, was $7,731.26.

The Fire Warden salary was increased to $94,464.96 based on Human Resources’ Data, Wendling said. In July 2019, according to county’s public salary disclosure, the fire warden gross monthly salary was $6,932.46.

The commissioners adjusted the Purchasing Director salary to account for a step increase, raising it to $111,635.76. The July 2019 public salary disclosure states the gross monthly salary for this position was $8,001.83.