GREEN RIVER — On November 27th at 1:55 pm. Green River Police Department officers met with an individual, in reference to a report of a fraud.

The reporting party advised they received a phone call from an individual claiming to be with Microsoft.

The caller told the victim there are problems that may be affecting their computer.

The reporting party gave the caller access to their computer and paid the caller for the service.

The caller later contacted the victim by phone, advised they overcharged them and needed their account number to deposit a refund.

The victim was asked to and did purchase prepaid cards and contacted the caller with the information to get the overpaid refund back to the caller. 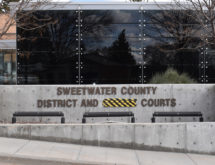