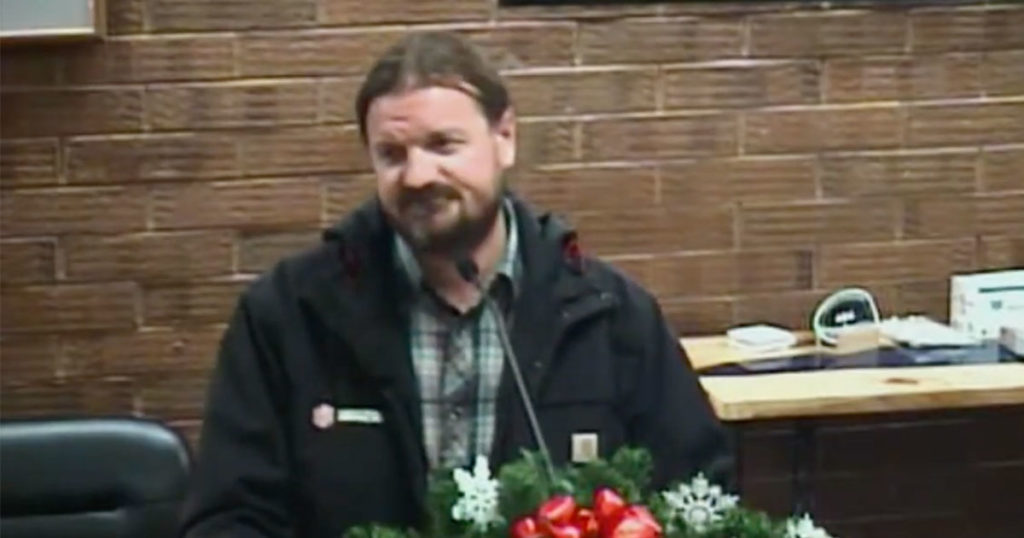 GREEN RIVER — The Green River City Council voted 6-0 with one abstention Tuesday night to reaffirm a decision made by the city’s Planning and Zoning Commission to deny a subdivision preliminary plat due to its proximity to a pipeline easement.

Councilman Jim Zimmerman abstained because he said he could see both sides of the issue. He believed the property owner, Phillip Stanton, should have been told the exact guidelines for the easement before he was allowed to purchase the land, but he also couldn’t approve the appeal of the Planning and Zoning Commission’s decision due to the safety of residents in the neighborhood.

The Issue with the Preliminary Plat

However, since there are four pipelines located at that property, the development must leave an area of untouched land between the pipelines and any permanent structures. The issue with the preliminary plat is that one pipeline, owned by Mountain West Energy, formerly Dominion Energy, requires an 80-feet corridor right of way. This leaves 25-feet of untouched ground between the pipeline and permanent structures.

Michael Brown, Planning and Zoning Chairman, said that Lot 5 becomes compromised with this requirement because there would only be 5-feet of untouched land between the pipeline and the driveway. Therefore, the Planning and Zoning Commission denied the preliminary plat because it needs an additional 20-feet section on the south side of the pipeline.

Stanton claimed that Mountain West Energy’s “best practices handbook” said no permanent structures are allowed within the easement. He said he designed the subdivision around this requirement, and now the guidelines have been moved.

Additionally, Stanton said since the pipeline forbids anything being built on that lot, he offered to sell Mountain West the land. However, he said they refused to buy it.

Green River residents Bryce and Ashley Castillon spoke during the public hearing as concerned neighbors of the land in question. They said they live next door to the property and they worry about what will happen to their property if the land is disturbed.

They also said the Green River Fire Department said during a previous Planning and Zoning meeting that the proposed house directly behind them would be difficult to get a fire truck into.

Bryce said he believes this area has been left as an easement for pipelines for a reason. Ashley added that the first owners of the houses may not know that the land cannot be disturbed, but as ownership changes, people could disturb the land without obtaining permits to do so.

He added that he feels for the landowner, but he wants the safety of his family and the other neighbors to be considered.

Resident Bob Ross also expressed his concerns on behalf of the Castillon’s and everyone else who lives in the area. He said that Stanton developed a home across the street from him and it has left Ross and other neighbors with inconveniences.

For example: Ross claims the dirt was never removed from Stanton’s property, but instead was piled up against one neighbor’s property line, which has caused a dust problem. He asked the Council to consider the unintended and unexpected consequences to the neighbors in the area.

“No one showed up for me when this happened,” he said. “…I would hope you weigh the considerations of Green River citizens as well.”

Councilwoman Sherry Bushman questioned whether it was safe to develop in the area at all since there are four pipelines, two of which are high pressure. Brown responded by saying that the pipeline companies won’t give a clear answer on that, but Mountain West has been clear with their stance.

Councilman Mike Shutran said that due to the safety of residents and the antiquated state of many pipelines, he felt even the 100-feet corridor was being lenient.

Stanton however pointed out that the entirety of Riverview Drive runs over those pipelines. He also said he took a look at the recently built dog park along the Greenbelt, and there is a pipeline that runs under that. He felt as though he shouldn’t be held to a different standard than other structures throughout the community.

Mayor Pete Rust responded by saying that the pipelines that run through Stanton’s property are “four dangerous pipelines.”

“Not quite the same as the dog park,” Rust said.

Rust also said Mountain West sent a letter to the City Council reaffirming the company’s stance that the Planning and Zoning Commission’s decision be upheld. They also said that they hope to work with the city before any agreements for development of the Collier property are approved.

Councilman Gary Killpack said the current Planning and Zoning Commission is “very professional and thorough”, and he was sure their decision was a “justifiable conclusion”. He also added that it sounded as though Stanton plans to develop the area no matter what the Council said.

Stanton said he will develop the property in some way. He added that the question is whether he can build the five homes like he initially planned in the preliminary plat.

“We’re going to do something with this property,” Stanton said.

“That concerns me,” Killpack responded. “I don’t like that.”

Stanton clarified his point saying, “it doesn’t really make any sense that right now I could go in there and build a house anywhere on that property sans where the pipelines are, right? I could go pull a permit and build one. It doesn’t make any sense to me that since we are trying to subdivide it, things are different.”

Killpack said the neighbors should not be impacted by this development. He then posed a question to Stanton, asking how he would feel if he started developing the land and a pipeline blew up and killed someone.

“Gary, that seems like a really silly question, you know I’d feel terrible. I would feel terrible, there’s not a person in this room that would think any different,” Stanton said.

Councilman Zimmerman said what disappoints him is that Stanton bought the land thinking a 50-foot easement would satisfy the requirements of the pipeline companies, and as the project went along the guidelines moved. However, Councilman George Jost said the Council has to consider “future consequences” and safety in the future.