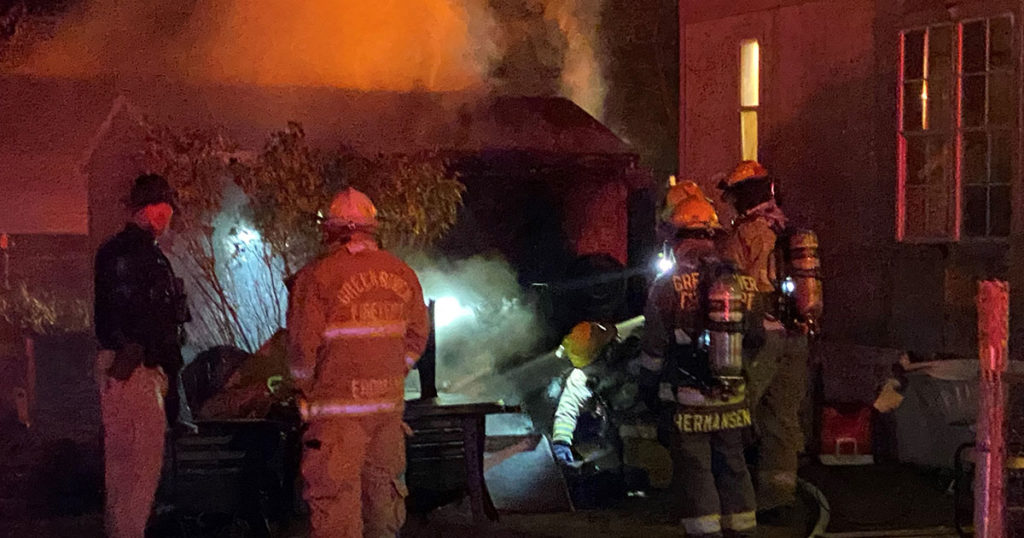 Upon arrival, there was a shed on fire between two trailers.

Assistant Fire Chief Larry Erdmann said the Green River Police Department were the first on the scene and used a fire extinguisher to help prevent the fire from spreading to either of the mobile homes.

Erdmann said when fire crews arrived, they completely extinguished the fire and checked the area for any fire extensions to other structures.

There were no injuries reported.