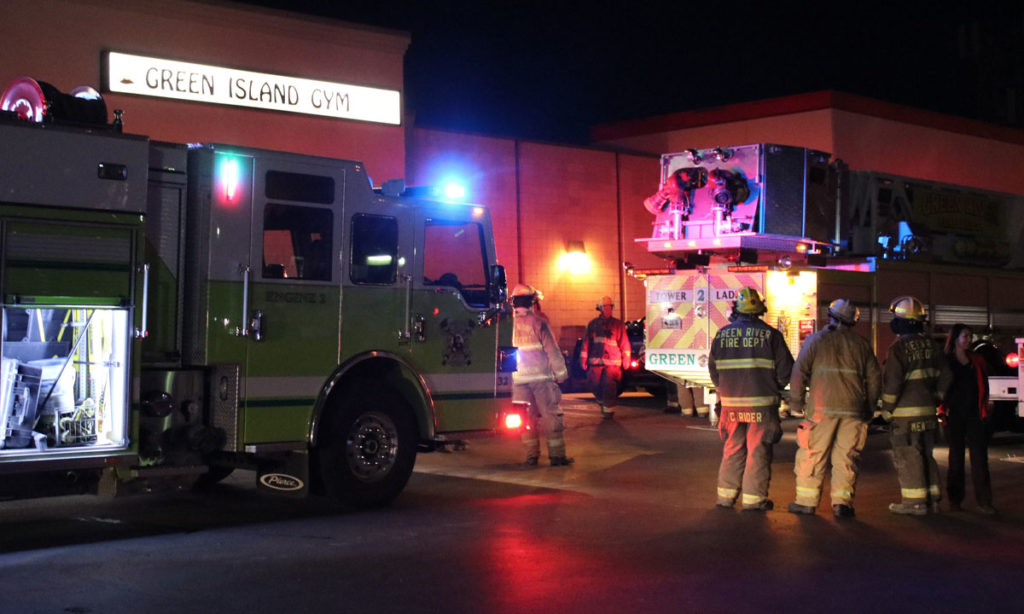 The GRFD quickly responded to reports of smoke coming from a vent at Green Island Gym last night.

GREEN RIVER — The Green River Fire Department responded to a call at Green Island Gym last night around 9:15 p.m. after reports of smoke coming from the building.

Three trucks reported to the scene and Captain Clint Kendall stated that upon entry, smoke was visible. The firefighters directed the patrons of the gym to exit the building.

Firefighters began their search for the source of the smoke, but nothing was found on the interior of the building. They then directed their sources to a roof inspection.

Chief Larry Erdmann reported that the source was coming from the HVAC systems. Each address in the strip mall has its own heating and cooling system so no other
businesses were affected.

Green River city officials thanked the managers for the assistance of their businesses along with Sweetwater Combined Communications, Green River Police
Department, and Castle Rock Ambulance.”

“With our days’ warming and cooling systems being turned on, the Green River Fire Department would like to remind you to please check filters and units for overall maintenance and proper operation,” said Communications Administrator Steve Core.