This is lesson 4 of 4 in the Last Words sermonlink series. See also the kids edition of this lesson.

Anyone’s last words are important, but the last words of Jesus obviously carry some unique significance. Just before he breathed his last breath, Jesus uttered the phrase “it is finished.”

Jesus knew that his mission was now finished, and to fulfill Scripture he said, “I am thirsty.” A jar of sour wine was sitting there, so they soaked a sponge in it, put it on a hyssop branch, and held it up to his lips. When Jesus had tasted it, he said, “It is finished!” Then he bowed his head and gave up his spirit.

That phrase is actually the translation of one word, “tetelestai,” in the original language of the Bible. And this rich and carefully chosen word is full of powerful meaning. Let’s explore some of the facets of this words significance.

Tetelestai – The Sacrifice Is Accomplished

Every Jewish person there would have instantly recognized this word as the equivalent of a Hebrew phrase that was used in the Old Testament sacrificial system. Each year, on the Jewish holiday called The Day of Atonement, the High Priest would enter into the temple and make a special sacrifice for the sins of the people of Israel. As soon as the priest had killed the animal, he would emerge from the place of sacrifice and declare to the waiting crowd “it is finished” in Hebrew. In this sacrifice, all the sins of Israel were symbolically placed on the lamb that was killed and punished in their place. Yet the Bible teaches that this sacrificial system was never really complete or finished because the sacrifice of that lamb was imperfect and temporary. But when Jesus died on the cross, he became the perfect and final sacrifice for all sin. The Book of Hebrews describes how Jesus was the ultimate Lamb of God and by his sacrifice, the work of forgiveness was finally complete.

He did not enter by means of the blood of goats and calves; but he entered the Most Holy Place once for all by his own blood, having obtained eternal redemption…But now he has appeared once for all at the end of the ages to do away with sin by the sacrifice of himself

So by saying “it is finished” Jesus was signaling to the Jewish world that there was no more need for sacrifices or temples because that his work brought ultimate fulfillment to what their sacrificial system foreshadowed.

[Related: The Cross of Jesus and the Altar]

Tetelestai – The Work Is Complete

In New Testament times, when an employee had completed a day’s work or finished a project, he would tell his boss “tetelestai.” This was to signal that whatever it was that he was assigned to do was now completed. Similarly, when an artist would complete a piece of art, he would have a moment of unveiling where he would declare “tetelestai.” This too was to signal that his masterpiece was complete. No more touch-ups or adjustments are necessary, the work is done. When Jesus came to this world, he told us what his job was: to provide salvation to a lost and broken world.

For the Son of Man came to seek and save those who are lost.

So in his last words, Jesus was communicating that the work he came for was accomplished. The task of earning the salvation of the world was completed in his work on the cross. No more additions or adjustments were necessary – salvation was completed.

[Related: Why Did Jesus Have to Die on the Cross?]

Tetelestai – The Debt Is Paid in Full

Maybe the most common use of “tetelestai” in Jesus’ day was in debt collecting. When a person finally paid off a loan they were issued a receipt that was stamped with the word “tetelestai” which meant that their debt was now paid in full.  This was verification that they were no longer responsible for any of that debt, that everything they owed was completely and permanently paid for. The Bible says that our sin created a debt to God, and one that we could never pay back on our own. But when Jesus died, he was paying off our debt of sin once and for all. Again, the Book of Hebrews describes the finality of Jesus’ payment for our sin.

But our High Priest offered himself to God as a single sacrifice for sins, good for all time. Then he sat down in the place of honor at God’s right hand…And when sins have been forgiven, there is no need to offer any more sacrifices.

All of these nuances of tetelestai converge together to communicate a beautiful truth – that Jesus completed the work of salvation once and for all. That means it is not up to us to add anything, complete anything, finalize anything when it comes to our salvation – Jesus did it all. So now, when we have put our trust in the finished work of Jesus, we can rest in confidence of our salvation and pursue God with our whole hearts.

[Related: The Atonement – The Garden or the Cross?] 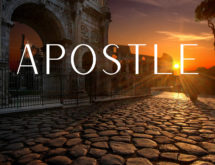 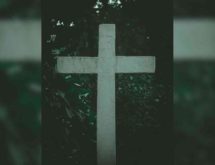