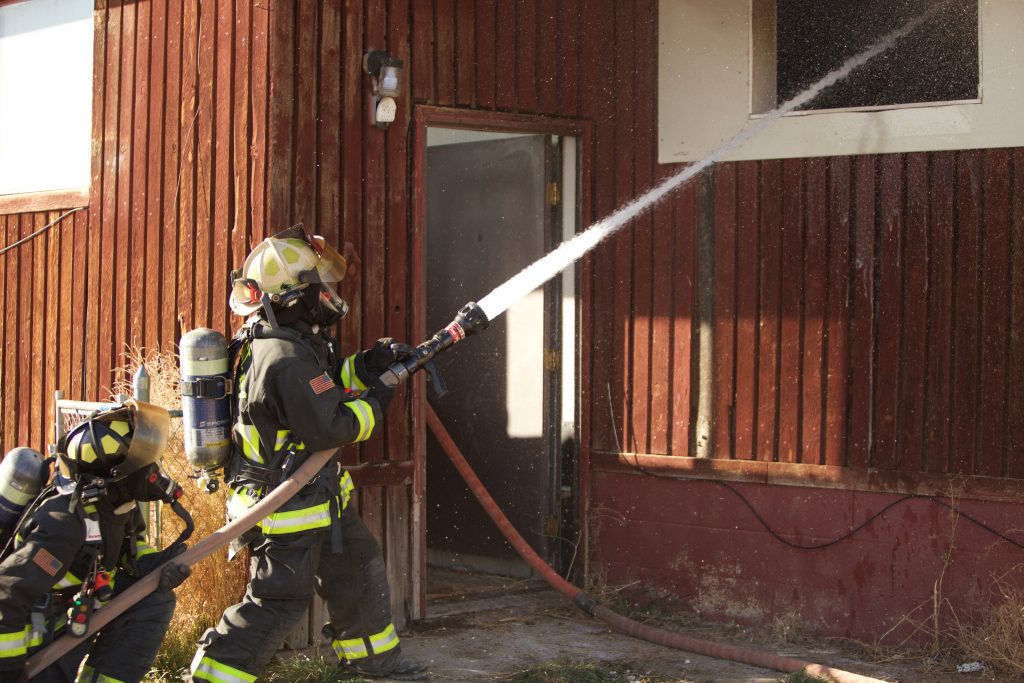 SWEETWATER COUNTY — Today celebrates National First Responders Day across America, and we wanted to show our appreciation for the men and women who dedicate their lives to protecting our communities.

From our local police and fire departments to the Sheriff’s Office and emergency medical technicians, our first responders balance physical and mental challenges with the necessity of ensuring public safety.

National statistics reveal a staggering number of events that often require our first responders to sacrifice their own safety in order for us to live in a mostly healthy society.

Here are just some of the numbers:

“Over the past few years our officers who are out their making decisions and responding to calls on a daily basis sometimes feel like they’re under a microscope,” said Green River Chief of Police Tom Jarvie. “It’s just nice to have a day for them to see the appreciation that is out there for them.”

“First responders, whether they are paid, reserve, paid-per-call, or volunteer, do so out of a sense of community and the desire to be of service during someone’s hour of need,” said Rock Springs Fire Chief Jim Wamsley. “An underappreciated aspect of public safety is that after the incident is over, the person who called for help has seen their problem resolved, but the first responder will often continue to experience the same situation day after day without knowing how much help they actually provided. It is almost like Groundhog Day.”

The stress upon entering a burning building, racing to save a life on the interstate, or even approaching a vehicle on a routine traffic stop can eventually take its toll on your psyche. All you have to do is read the story about the Wamsutter firefighters last week to understand that the job comes with many unexpected twists and turns.

A recent study conducted by the University of Phoenix shows that mental health issues among first responders is a growing concern not only for the responders, but for administrators as well.

But Sweetwater County law enforcement agencies are teaming together to help officers and deputies deal with the stress of their jobs.

“It’s not until you get home that you actually take a breath and maybe start reflecting on what that really was,” said Rock Springs Chief of Police Dwane Pacheco. “So we started the Employee Assistance Program not only for our officers, but for the families of our officers.”

Following that, the GRPD, RSPD and SCSO moved into a “peer support program” through the Partridge Group out of Salt Lake City. Essentially, each agency has a designated peer counselor within its group, and each agency is welcome to call upon those counselors from any of the groups for support.

“Suicide rates were high, alcoholism, heart disease, hypertension, all those things were off the charts,” Pacheco said. “There’s a million excuses why (officers) quit, but the reality is a lot of it probably has to do with stress. Life after law enforcement is what we’re looking at too.”

Sweetwater County Fire Warden Mike Bournazian rightly points out that every call a first responder goes on starts at the dispatch center.

“It all starts with the 9-1-1 Dispatchers, who are usually the ones we rarely speak about and never see because they are ‘behind the front lines’ of emergency response,” said Bournazian. “Ninety nine percent of all first responders are mobilized and put into action through the 9-1-1 system and its thousands of dispatchers who make it happen every single day 24/7/365.”

Bournanzian says that National First Responder Day needs to start with the recognition of these dispatchers “and all they do to put the rest of us on the path to serve the needs of our communities.”

Despite the high degree of difficulty in many first responders’ days, the emotional lift in helping others makes the profession all the more rewarding.

According to Gwen Nichols, Chief Operating Office at Sweetwater Medics, seeing a patient she’s helped save and getting a warm thank you “makes the long hours, and no sleep, and hours of training worth it.”

“We see things that no one is meant to see. These things make up people’s worst nightmares and unfortunately, they don’t leave our memories. Some challenges we face are sometimes not taught in the classroom,” Nichols said. “They are dealing with a family member that just lost a loved one. Telling them that we did everything we could but could not save their loved one. Talking to the patient that just needs someone to talk to because they are thinking about ending their life.”

Nichols views being an EMT as a “gift” adding “to be invited into the worst day of someone’s life and make a difference.  I want to be the person that my patients remember and they think, ‘I am so glad that person was there’.”

The life of a first responder runs the emotional gamut from pain and exhaustion to joy and exhilaration with everything in between. Without them, our collective well-being would be seriously compromised.

So if you know a first responder in your community, reach out to them today and share your thoughts about the vital service they provide. From all of us here at SweetwaterNOW, we’d like to wish you all a happy National First Responders Day.

Thank you, as always, for your service.