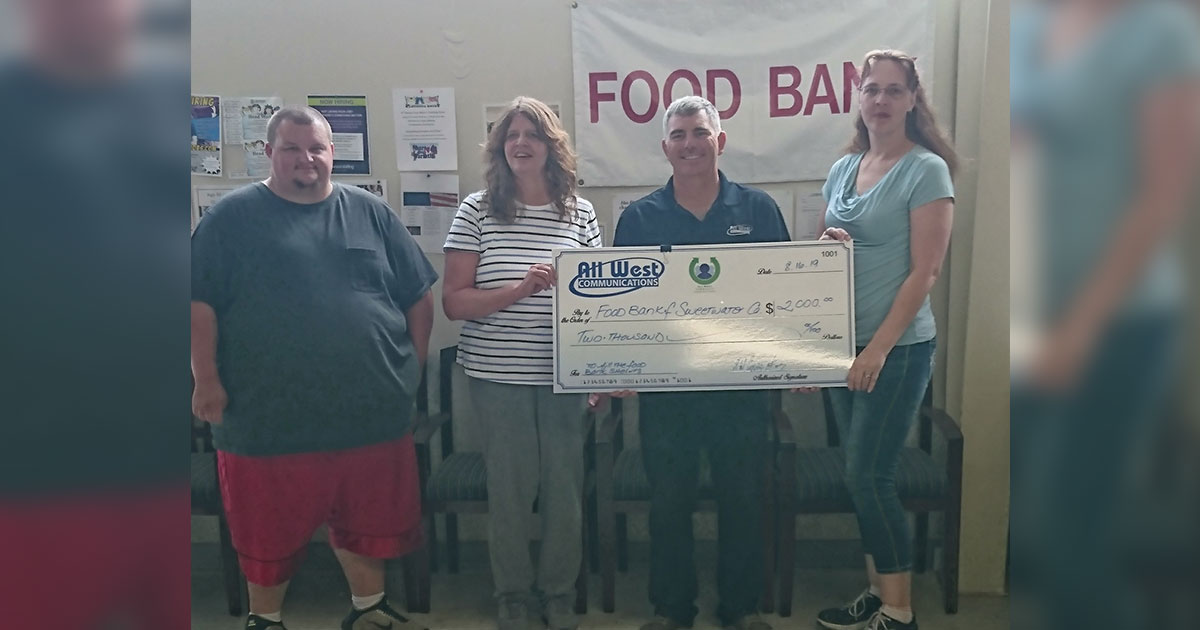 KAMAS, Utah — This year, All West Communications held their annual November food drive and partnered with CoBank to provide $2,000 to each food bank in their service areas:

CoBank’s Sharing Success program doubles the contributions of its customers to the charitable organizations and causes they care about most. Since the program was established in 2012, CoBank and its customers have contributed more than $40 million to groups such as volunteer fire departments, local schools and hunger relief programs.

All West typically provides a $500 contribution to each food bank; however, they doubled their donation to $1000 to be able to provide a matched donation of $2000.

The food drive was held in all four of their offices—Kamas and Coalville, Utah, and Evanston and Rock Springs, Wyoming—from November 1 to November 22. Customers and employees were asked to contribute canned goods to help fill local food banks’ shelves, and customers who contributed were entered into a drawing for a free month of service. More than 150 pounds of canned soups, sauces, beans and vegetables, pasta, peanut butter and such were collected and distributed.

All West is happy to contribute to these food banks as they are a vital part of the community—and food insecurities continue to rise. Feedingamerica.org reports that rural communities are often some of the hardest hit—with an estimated 2.3 million rural households (across the United States) facing hunger.

Here is what is happening locally:

All West would like to thank everyone who donated to their Community Connections’ Food Drive and extend great appreciation to CoBank for their continued Sharing Success program and generous match to All West’s donation.