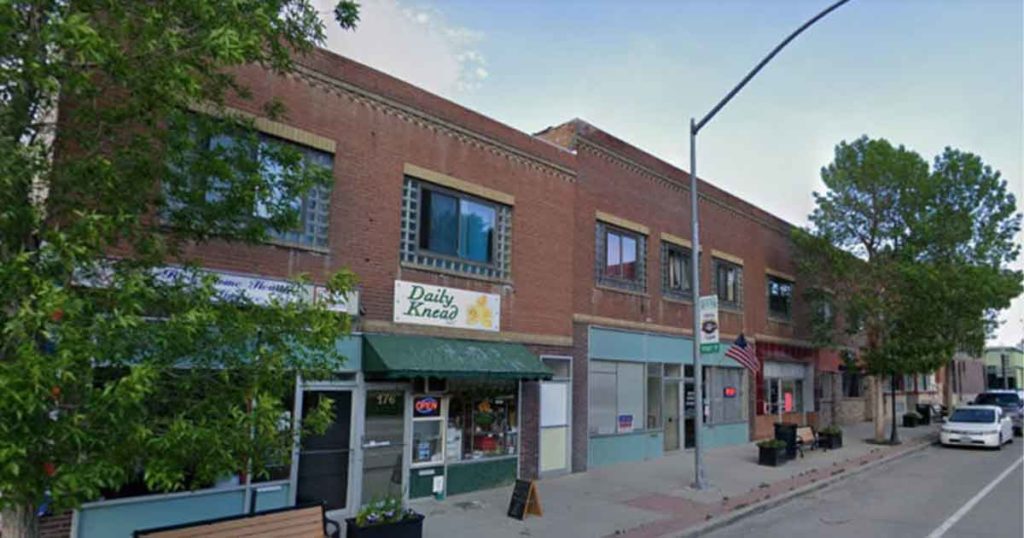 Improving Flaming Gorge Way and some businesses facades along this street is a future goal of the Green River Urban Renewal/Main Street Agency. SweetwaterNOW file photo

SWEETWATER COUNTY — Looking ahead to the year 2050 locally, community and government leaders expect road improvements, more renewable energy projects popping up in the county and an even bigger reliance on water.

Even though the Wyoming Department of Transportation (WYDOT) would like to continue improving Interstate 80 and Flaming Gorge Way, the costs to do so will be pretty expensive.

One thing that area residents should not expect by 2050 is Interstate 80 becoming a six-lane highway, three lanes in each direction, all the way from Pine Bluff to Evanston and everywhere in between, according to District 3 Wyoming Department of Transportation Public Relations Director Stephanie Harsha.

“It’s more likely that there will just be three lanes (in each direction) around the more heavily populated areas such as Rock Springs and Green River, like there is by Cheyenne and Laramie,” Harsha said.

Harsha’s figures were taken from the 2019 State Transportation Improvement Plan (STIP). Harsha added that these figures may even be low by now due to inflation.

Other plans are also afoot, including an upgrade of Flaming Gorge Way in Green River, part of an overall downtown beautification project in the county seat. Green River Urban Renewal Agency/Main Street Administrator Jennie Melvin said that within the next year or two, plans are in the works to install two downtown murals. Discussions are underway with downtown property owners. More flowerpots and flowers, over longer stretches, are also in the works for downtown Green River.

Improvements to Flaming Gorge Way are a long-range, time-undetermined project, though. “One long-term goal is the redevelopment of Flaming Gorge Way,” Melvin said. “We’ve been working with the city and the Wyoming Department of Transportation to create a plan to accomplish that. There are significant infrastructure replacements that must occur within the street, and once that project is underway, we will have the opportunity to address ADA needs, as well as beautification and other walkability requirements.

“This project will require many partnerships in order to secure funding,” Melvin added, “and we aren’t sure of the exact time frame, but it is likely that it will be several years before we will even be able to begin the actual construction.”

Sooner rather than later, although still with undetermined time frames, Green River planners intend to improve the looks of the area along and near to Flaming Gorge Way. Expected projects include cleaning graffiti off the pedestrian overpass and redevelopment of the historic depot.

“Again, this project (Historic Depot) will take partnerships between stakeholders and several years to complete due to the funding required. With our economy the way it is now, the timing is uncertain,” Melvin said.

One project that Melvin said will occur within the next 6-12 months is the awarding of a few façade renovation grants downtown.

Efforts to fill vacant spaces downtown continue in Green River. Besides referring to the Tomahawk Hotel redevelopment, a privately funded endeavor, Melvin said that occupancy rate downtown is around 90 percent, but the vacant spaces that do exist are very visible. “These buildings will require significant redevelopment and will likely require public/private partnerships for completion,” Melvin explained.

“We are also looking to connect the downtown to the river corridor and to have continuity between the 2nd South redevelopment and Flaming Gorge Way,” Melvin added. “Redeveloping N. 1st E., the street in front of the Tomahawk Hotel, is a key part of that plan… We are also planning to create spaces downtown where people want to spend time. This includes efforts to beautify and create functionality through place-making projects.”

“Roads are a huge thing in Green River,” Green River Mayor Pete Rust said. “A consultant told us that our streets are not great, but we knew that. Our street system is in bad need of work. If people in Green River want to do that, the sixth-penny will probably be the main source of funding.”

As for Rock Springs, none of the officials consulted expected major changes. Rock Springs City Councilor David Tate said he could potentially see a time, although unlikely, when Broadway Street could be one way in one direction and South Front Street one way in the other. However, Tate added that such a scenario would only occur if there was a major increase in downtown traffic to an extent not foreseen at present.

Parking on Broadway is unlikely to change. Parallel parking was tried in the past and there was substantial pushback from businesses, Tate said, due to the loss of three or four parking spaces with parallel parking.

Streets, of course, depend on development. Laura Leigh, Rock Springs City Planner, said she would like to see a more unified developmental code in the future. “We need to streamline” the process involving developers, utilities, and other stakeholders, Leigh said.

“There are a lot of commonalities,” Leigh explained. “We need to get it all in one.”  She added that by 2050, and hopefully much sooner, there will be more, mixed-use neighborhoods, with neighborhood stores that will be within walking distance as opposed to driving distance only.

With the Jim Bridger Power Plant reducing operations by half as of 2023, the push will be on for renewable sources of energy such as wind and solar. By 2030, one-half of local energy could be produced from renewable sources, Tate estimated.

However, Tate is skeptical that the conversion will be as successful as environmentalists hope and expect. “I’m not sure I believe that,” Tate said.

I’m just not sure that renewables will be able to do what those power plants did.

Others expressed concern about how the switch to more renewable energy could impact the local economy as well as the ability to keep the lights on.

“Regarding alternative energy, we did virtually nothing for 20 years to prepare for a smooth transition,” Rust said. Be that as it may, Rust added that jobs related to solar power and wind farms are coming to Sweetwater County.

A still bigger concern for local officials, though, was what water availability will look like in the future. With the climate warming and creating greater evaporation of fresh water resources in consequence, such as may be occurring in the Colorado River, fresh water resources by 2050 may be more constrained even if there is not a large population increase.

“We need to use more ‘pre-thought,’” Rust said, “and support development of new lots that require less water.” The mayor added that already parks and new houses are installing rock gardens instead of water-dependent grass. Rust expects that trend to accelerate in coming years.

With the local water supply dependent primarily upon Fontenelle Dam, Rock Springs Mayor Tim Kaumo was of the opinion that water will have to be used more efficiently in the future. Increased water volume to Rock Springs and elsewhere in the county will likely mean re-using some water that is currently being treated and sent on its way into Colorado and Utah.

“We have the technology to do that,” Rock Springs Mayor Tim Kaumo said. He added that a new water agreement with downstream users will probably be necessary to replace the agreement currently in use, dating from the early 20th century prior to the development of local industry such as FMC and Bridger Coal.

More efforts to collect rainwater, what there is of it, may also be a part of water conservation in the future, Kaumo said.

“We can’t develop without water,” the Rock Springs mayor added.

By 2050, Rock Springs Chamber of Commerce CEO Rick Lee said Sweetwater County may have to use almost its entire water allotment, rather than as at present not using its total water allowance and generously sending extra water to downstream users. Lee then added this prescription: “Pray for more rain.”

This is the end of Part 3 in a four-part series on the Looking Toward Sweetwater County’s Future: What Will 2050 Look Like? To read Part 1 click here; for Part 2 click here. 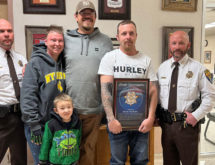 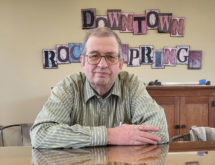