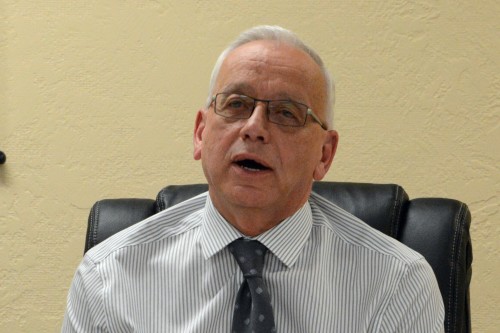 UPDATE: Memorial Hospital of Sweetwater County issued this statement in response to this article.

Click the link above to read the full response from MHSC.

UPDATE: We have received an email from Director of Wyoming Department of Health Tom Forslund discussed the current situation at Deseret Nursing home in both Rock Springs and Saratoga.

Click the link above to read the full letter.

SWEETWATER COUNTY — With closure of Deseret Health & Rehab  in Rock Springs imminent MHSC CEO Jerry Klein warned in a public meeting that any patient dumping would result in legal action.

Klein said that the nursing facility has already refused to take back patients after bringing them to MHSC for treatment.

Klein said that the hospital is an acute care hospital and not a licensed nursing home.

“The patient was to be returned and Deseret refused. MHSC became responsible for the patient. What happened is that the family inevitably had to take patient home. We have severe concerns,” Klein said during the May 6 MHSC Board meeting.

Klein was careful to say the issue is with Corporate Deseret and not the local staff.

Klein asked what happens when owner’s of the nursing facility don’t come up with alternative, “We are not going to be recipient of 58 patients who may be transferred up here. Simply want everyone to understand we will not allow patients to be dumped here. Last time we engaged legal and we will take a go at them legally. Corporate Deseret better understand that.”