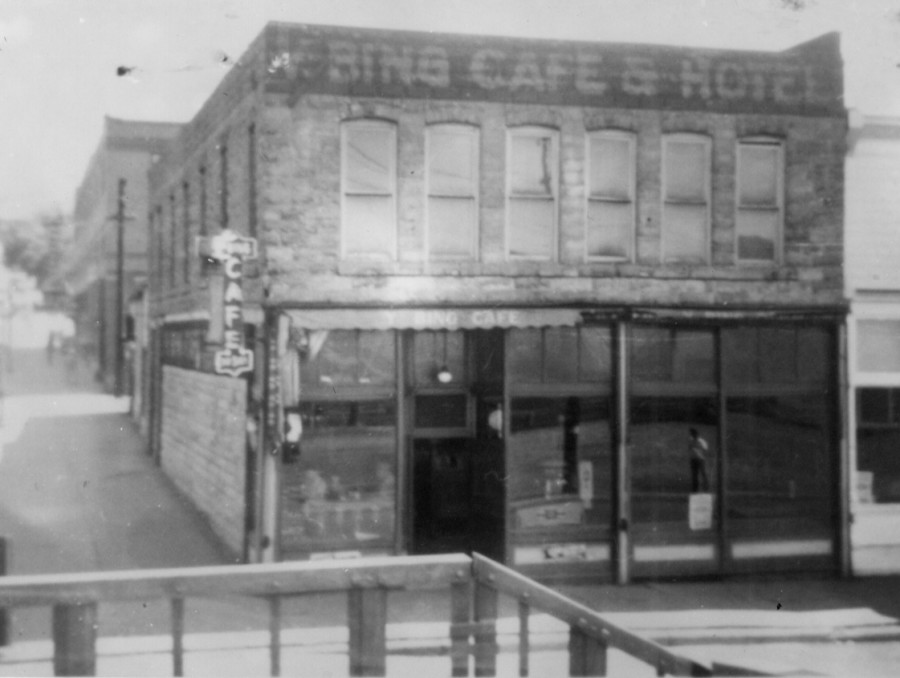 The First Chinese restaurant in Green River, and possibly Sweetwater County, was built around 1870 on Railroad Ave and owned by Leo King. Some time later, Yee Bing took over the restaurant and it became known as the YBing Cafe & Hotel.

The YBing operated 24 hours a day and had rooms a person could rent on the second floor until 1966. In 1932, the YBing burned down and was rebuilt. According to a 1971 article in the Green River Star, it was a favorite of some of the older community members and railroad workers until it closed that same year.

In 1919, the Shanghai restaurant was built across the street from the YBing and this area was known as the center of the Green River Chinese community. The Shanghai operated in that spot until the 1940s or 50s. At that point the Teton Café took its place.

Rock Springs had a much larger Chinese community in comparison to Green River’s. According to wyominghistory.org,

By 1880, Rock Springs had the largest Chinatown in Wyoming Territory. Nearly all the residents were men. The 1880 U.S. Census lists 470 Chinese living in Sweetwater County, with 349 in Rock Springs. Only one female lived in this Chinatown; her name, according to the census, was Mai Wing.

Today, there are a few restaurants that serve Chinese American food and a couple dedicated mainly to Chinese food in Green River and Rock Springs. One of the noteworthy restaurants is the China Garden that has been around since 1947 and is family owned and operated. We also have Lew’s, the Renegade, Chopstix, Bonsai, the Wonferful House, Siam King and many more over the years.

Special thanks to the Sweetwater County Historical Museum for providing the photos and information for this article.