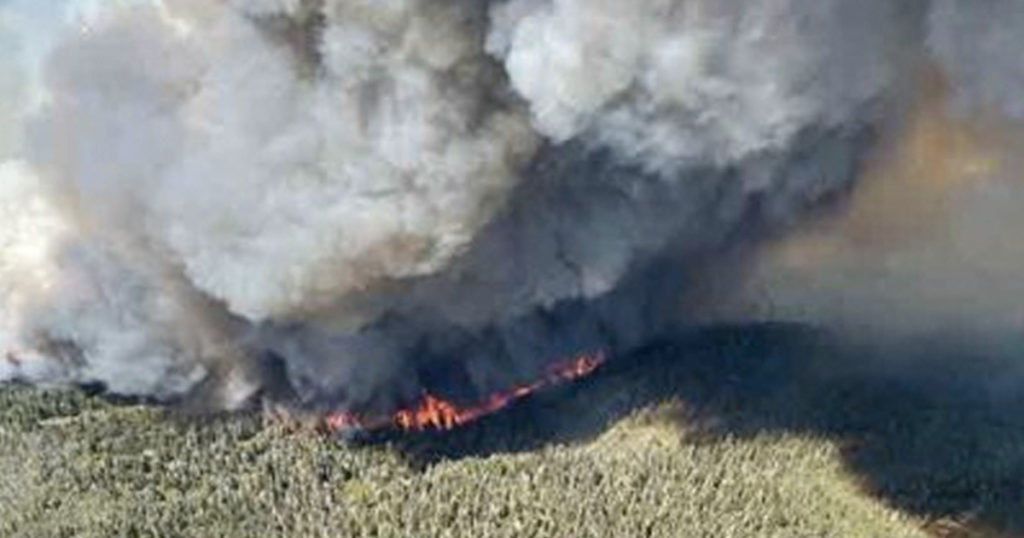 This is an aerial view of the Parleys Canyon Fire. This photo was taken on August 14. Photo Credit: Trevor Pollock

PARK CITY, UTAH — The Parleys Canyon Fire is not as big as fire crews originally thought it was. After getting a better assessment of the fire, firefighters determined the fire is about 539 acres and around 10 percent contained, according to this morning’s press release from the Incident Information System (InciWeb) website.

The fire was originally reported to be around 1,500 to 2,500 acres in size and caused Interstate 80 to be closed until crews could push the fire away from I80.

This morning, Great Basin Team No. 4 assumed command of the Parleys Canyon Fire. According the release, the highest priority on the fire is the safety of the public and firefighters. Other priorities include protecting the municipal watershed. Closures and evacuations will be continually evaluated to reduce or lift when it is safe to do so.

The team is working from the fire camp established at the Park City Ice Arena. The crews want to remind residents to please be cautious when traveling through the area, particularly early in the mornings and late in the evenings as fire traffic will be heaviest.

“Travel restrictions on I-80 are being evaluated. Currently, eastbound traffic is restricted to the left two lanes to protect firefighters working along the highway. Westbound traffic is unaffected,” the release states.

Yesterday’s fire behavior was minimal, despite gusty winds throughout the afternoon. Fire crews are working on all sections of the fire perimeter.

“Helicopters, air tankers, and water scoopers are dropping water and retardant on particularly active portions of the fire to support the crews constructing fire line on the ground,” according to the release.

Two helicopters from the Utah National Guard will support the firefighters again today. Jodanelle Reservoir will remain closed as long as water scoopers are using it. Rocky Mountain Power is working to return power to Summit Park.

Heavy regional smoke will persist throughout the day again today. This smoke is acting somewhat like cloud cover to lower temperatures slightly. Tomorrow, a low pressure system will enter the region and increase the chances of precipitation. Runoff is a possibility in fire burned areas if significant rain occurs.

Evacuations:
Residents of Summit Park, Pinebrook, and Lambs Canyon are all under mandatory evacuation orders.  Team No. 4 is working closely with the Summit County Sheriff’s Office to evaluate when it is safe to lift evacuations, once the eastern side of the fire perimeter is secured.

Closures:
For the safety of the public, the Unitah-Wasatch-Cache National Forest is enacted an area closure that will include Mill Creek and Winter Canyon. Once available, the full map and official closure order can be found here.