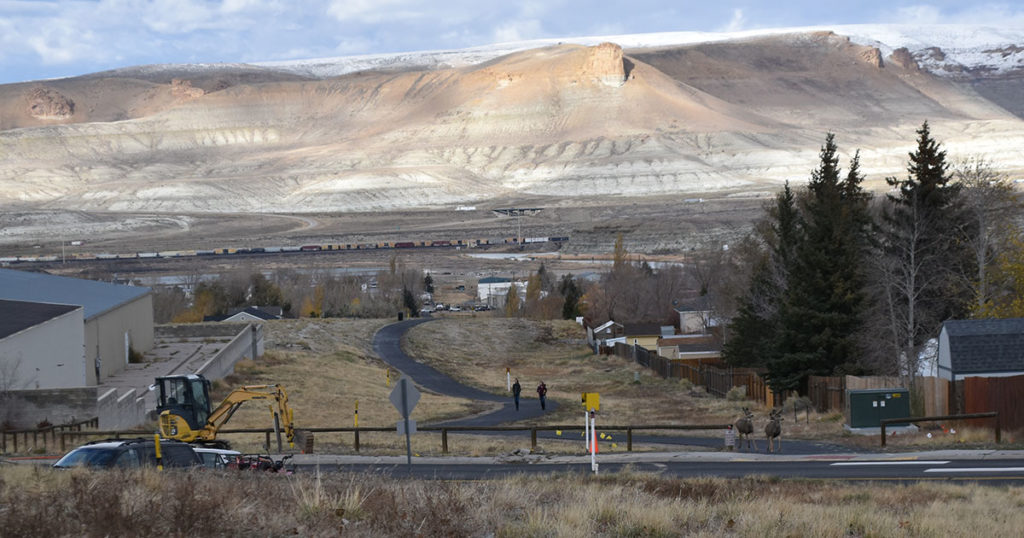 GREEN RIVER — In August, the Green River Greenbelt Task Force (GBTF) and the City of Green River set out to get feedback from the community on the Greenbelt, as the master plan for the pathway is being updated.

The Green River Greenbelt Master Plan was initially developed in 1990. Now 30 years later, the master plan needs to be updated so the Greenbelt can continue to meet the community’s needs and desires.

Over 768 residents completed a survey recently concerning the Green River Greenbelt, which Greenbelt Chairman John Freeman said was “remarkable.” He added that the results were “overwhelmingly positive” and the feedback will help direct the updates to the master plan.

Other uses include wildlife viewing and photography, jogging and running, kayaking and floating the river, recreation at the riverbank, fishing, and swimming.

Additionally, 96 percent of those surveyed said they support the development of more trails and trail systems as opportunities arise, and 80 percent said they would support dedicating a “modest portion” of a special purpose sixth penny tax to develop outdoor recreation.

Those who took the survey were given a list of enhancements for the Greenbelt, in which they were asked to rank them by high, medium, and low priority.

Trailhead improvements also ranked high in priority with 43 percent of responders saying it is an important enhancement. Fifty percent of people said they access the Greenbelt at a trailhead with 63 percent accessing the walk way at Expedition Island.

Other high priority enhancements, according to the survey, are planting shade trees, improving access for physically challenged individuals, and installation of more restrooms and drinking water stations.

Enhancements such as disc golf, outdoor exercise equipment, artwork along the Greenbelt, more interpretive signage, and bike racks all ranked lowest in priority.

The GBTF is continuing the master plan development process following the survey results. They are looking for volunteers to help this process along. If you use the Greenbelt and have insights that will enhance the experience, the task force asks that you please join them.

All volunteers are needed, but especially those have expertise in, trail development, recreational planning, hydrology, engineering, and water habitat. If you would like to volunteer, you can contact John Freeman at 871-0064 or contact Parks and Recreation Director Brad Raney at City Hall.

The entire survey can be viewed on the City of Green River web page.