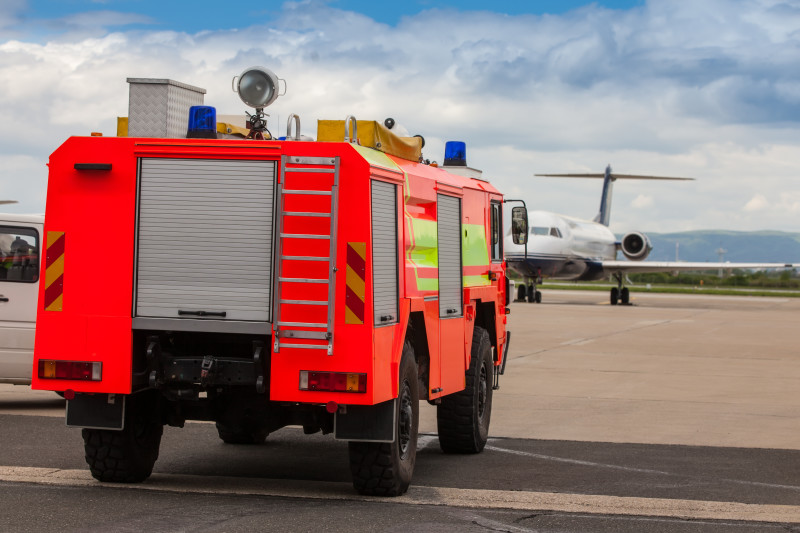 SWEETWATER COUNTY – Every time the familiar wail of a first-responder vehicle is heard, interest about what is going on spikes. What if the cause was a large-scale accident involving a major jet airliner and hundreds of victims?

Every three years, the Rock Springs/Sweetwater County Airport is required by the Federal Aviation Administration to stage a full-scale emergency drill. On Wednesday, Airport Manager Devon Brubaker informed the airport board they have started preparing for one locally. The drill will take place early next spring in April.

The mock drill simulates what a major disaster would be like, including using real people in the role of victims. As officials start working on the drill, there is one unique part because it is at an airport. Brubaker said the disaster has to have a significant security piece as part of the puzzle.

While the drill allows the employees at the airport to get hands-on experience, it is much more than that. One person who will have a unique view of the training will be Rock Springs Fire Chief and Airport Board Chairman Jim Wamsley.

Even though the full-scale emergency is required every three years, entities are required to do disaster training every year. Most residents may know these as Tabletop drills.

The full scale drill involves many more people. While the department heads will be there, so too will be most of the individual first responders who would be the first to arrive. It also involves all departments, from fire personnel, ambulance and EMT personnel and local law enforcement as well as entities such as Memorial Hospital of Sweetwater County.

The full-scale training provides hands-on experience while also making sure employees are prepared and trained right. Wamsley explained it also gives the different first responders a chance to interact with each other. Another key Wamsley spoke about was that it allows those who will be first on scene to provide feedback to the top brass about what works and where they see weaknesses.

To make these drills effective, they usually use actual people play the different roles. While the airport is currently working with Sweetwater County Emergency Management to prepare, Brubaker said it will take a large number of volunteers to help make this happen. Brubaker and the airport plan to be asking for volunteers in the upcoming months.