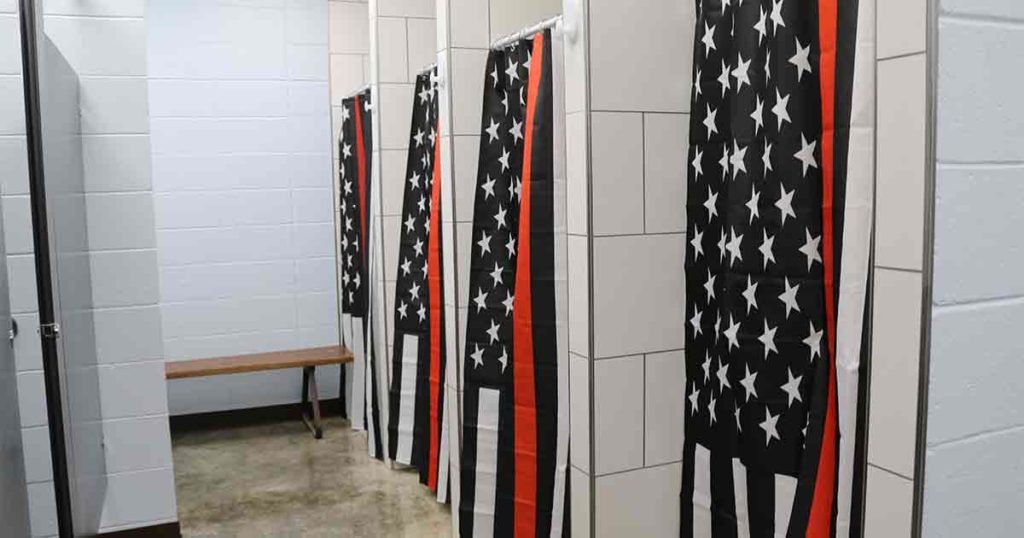 ROCK SPRINGS — It has been more than 40 years since the inside of the Rock Springs Fire Department (RSFD) Headquarters building has been updated, but thanks to funding from the City of Rock Springs the upgrades are almost complete.

Rock Springs Fire Chief Jim Wamsley said Shepherd Construction out of Rawlins was awarded the project, which was budgeted at $229,000, but due to a couple of change orders, the final cost was $240,000.

The project started in May and is just about finished. Wamsley said the project did fall behind schedule, however, there are just a couple more things left on the checklist to complete.

“It’s taken a long time to get through,” Wamsley said.

Wamsley said the RSFD Headquarters building, located on College Drive, was built in 1979 and really hadn’t seen many improvements over the years. Due to the time when it was constructed, the building wasn’t ADA accessible nor did it have separate bathrooms and locker rooms for male and female firefighters.

Currently, the RSFD has one female firefighter, but that could increase and the fire department wanted to be prepared.

“It was, quite frankly, a different time in fire services,” Wamsley said.

The old bathroom and locker room consisted of a few restrooms and one shower, which all members of fire department shared. Wamsley said at one point designs for the facility showed four showers in the proposal, but there was only one shower in the final design. While Wamsley isn’t sure why that changed, it helped with the new designs.

A few of the old lockers were kept for possible reuse, but most of them needed replacing.

Another addition was an alternate exit that leads out of the back of the building was added to meet new codes, Wamsley said.

“When you apply for a building permit, that triggers the need for codes to be modified,” he said.

As for the additional showers, Wamsley said it’s important to make sure firefighters shower after they have returned from a fire. He said firefighters are more likely to be diagnosed with certain types of cancers, including bladder, lymphoma and thyroid, because of their line of work.

Wamsley said the smoke from fires contains carcinogens that permeate into firefighters’ skin even with all of the protective gear they wear. Having more showers at the facility is a way to encourage firefighters to wash off after a fire.

“We need to have the capability to be able to clean ourselves up after a fire,” Wamsley said.

With all of the renovations, headquarters in not only ready for what it needs now, but for future firefighters.