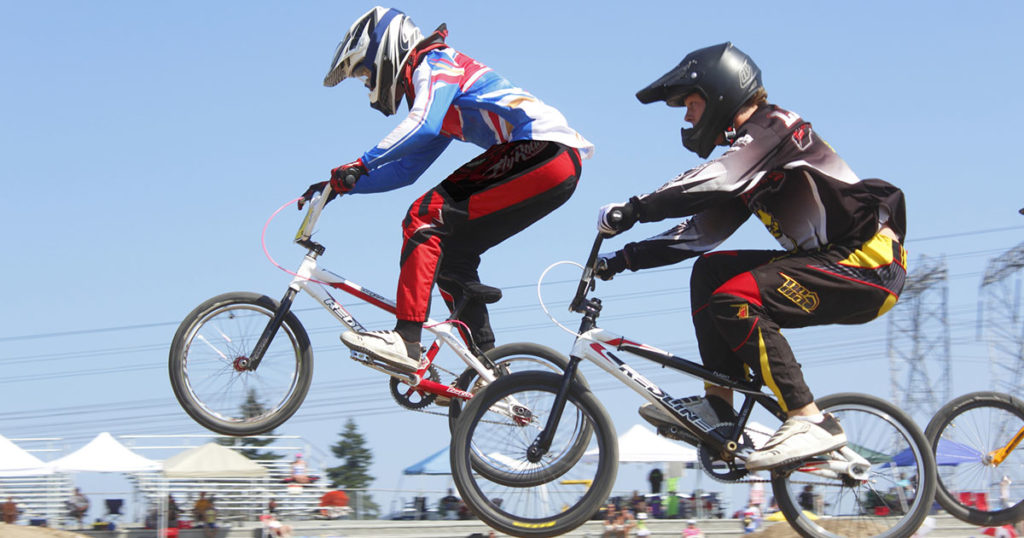 SWBMX previously received unanimous Green River City Council approval to lease the land that the current bike park is located, which is at Stratton Myers Park. Once the track is built, they will host sanctioned BMX events, and the community can use the pump track. The bike park was in poor condition and Green River Parks and Recreation Director said during a past City Council meeting that to continue to operate the bike park, they would need to rebuild it.

During the April school board meeting, SWBMX made the initial $50,000 request, but the Board of Trustees wanted more information before making a decision. The board tabled the request at that time. SWBMX came back at last night’s meeting with a breakdown of costs for the next four years.

Year one costs include speciality dirt for $48,000, fencing materials for $26,432, and several pieces of equipment including a loader, blade, skid steer, operators, fuel, a shed, generator, air compressor and seal tac. The cost of a track builder is $16,600 totaling $149,790 for the first year. SWBMX noted that the labor for building the fence around the track, which is a regulation, is being donated in-kind.

Total costs for year two is $16,372, which pays for a carport, line marker, a PA system, and a set of bleachers. Year three costs totals to $40,231, as they hope to purchase a new drop gate at that time. In year four, SWBMX plans to buy another set of bleachers for a total of $12,540.

This makes the project total around $218,933 over the next four years. Annual costs include advertising, portable toilets services, and racing fees for a total of $8,500.

The $50,000 rec mill grant from the school district will help SWBMX get the track built and ready to operate next BMX season which runs from October to March, and sometimes April, according to SWBMX Board Member Heather Salinas.

Salinas added that BMX racing helps promote tourism to the community, as there are currently only two other BMX tracks in the state, which are located in Casper and Gillette. She said they also hosted the Gold Cup Qualifier in March this year at the indoor track at the Sweetwater Events Complex, which brought in several people to the community. She hopes to host the State Qualifier once they have an outdoor track.

In addition to promoting tourism, Salinas said that SWBMX also has a strong sense of community, hosting several community events and bringing people together. An eight-year-old BMX racer spoke at the meeting, stating that not only is the sport fun but it has taught him to take care of his things and has helped him to set goals.

“This is why we do what we do and why we love this sport,” Salinas said.

As for the community pump track, Salinas said there are a lot of options for it and they may seek out public input before making decisions on it. She said the bike park was in poor condition, and SWBMX has already started the demolition to clear the area and start building.

She said the proposed tracks are going to be “a huge benefit to the area.”

“We just want something there for the community to enjoy, and it can help mountain bike community as well,” she said.

Trustee David Young said when he toured the bike park he noticed the poor condition it was in, and he believes the pump track and BMX track will be a great addition to the community.

“I really think we’re in a time where we need to find as many things as we can to keep kids actively engaged,” Young said.

The board approved the request unanimously.