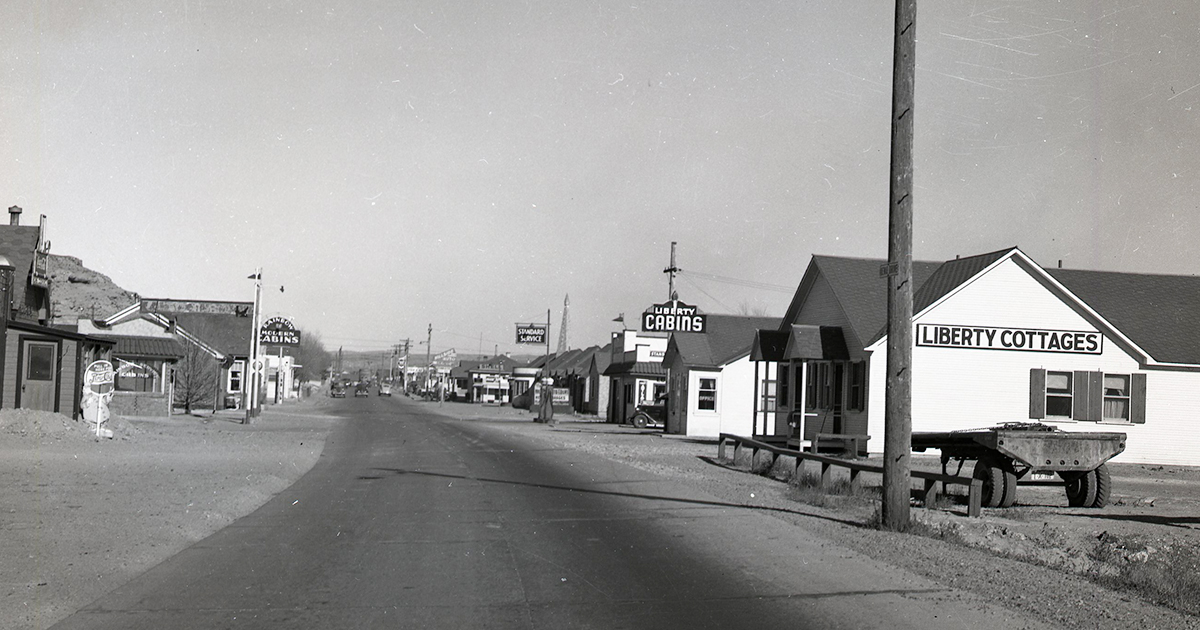 The Liberty Motel, located at the edge of town on Highway 30, was added to the options for African American travelers coming through Rock Springs. Photo Courtesy of the Rock Springs Historical Museum

Author’s note: Some of the vocabulary used in this article is typical of the era before the Civil Rights Act of 1964. It is not a reflection of the values of the author or the publisher. The intent of its use is the accurate representation of the title and quotes taken from historical documentation.

The Need for The Green Book in Rock Springs

Wyoming, known as the “Equality State” after being the first to allow women to vote, was not exempt when it came to bigotry and racial intolerance. Rock Springs, who boasted of 56 nationalities, could be found guilty in treating the African American as a second-class citizen.

Union Pacific Coal Company records showed many black men hired to work in the mines. Yet, the records also showed men who quit their mining jobs with the reason for leaving documented as: “Does not like to work with negroes.”

The UPCC provided housing for the miners with homes built outside the main camp for African Americans, Japanese, and Chinese. Memories of the segregated landfill have been spoken of with whites putting their garbage in one area and blacks placing theirs in a designated location separate from the whites.

Another story shared was of the Harlem Globetrotters basketball team coming to town to perform their comedy act. The Globetrotters involved a few of the local basketball players in their show, adding to the laughter and enjoyment of the crowd.

After a fun-filled evening of entertainment, the Globetrotters were refused service at a local café. Other townsfolk came to the rescue offering their establishment to the professional entertainers for a meal.

While other establishments may have admitted African American patrons, only one name appeared under the heading for Rock Springs, Wyoming, in The Green Book. Beginning with the 1939 edition, Mrs. R. Collins’ name and address appeared on page 45 of the book.

The owner of the tourist home was Rose McHood Collins. She was born in Virginia shortly after the Civil War in 1868 or 1869. Her husband, Simon Collins, was born a slave in 1852 and freed with the Emancipation Proclamation in 1863. The couple knew first-hand the hardships caused by racial intolerance.

Rose and Simon came to Rock Springs in 1889 to work for the Union Pacific Coal Company. They raised three children, Emmett Simon, Doris, and George Henry, and were active members of the community. Their daughter, Doris, was the first African American child born in Rock Springs.

At nearly 70 years of age, Rose Collins listed her address on 7th Avenue in The Green Book as a tourist home available for weary African American travelers needing a place to stay. Rose deeded the house to her son, Emmett, in 1936, but continued to live there with her daughter, Doris. The Collins home remained on the list of tourist homes in The Green Book until the final edition in 1966.

In the 1956 edition, the Liberty Motel located at the edge of town on Highway 30 was added to the options for African American travelers coming through Rock Springs.

The Liberty Motel was also called the Liberty Cottages. The traveler had a choice of a motel room or a small cottage for their stay. The motel appeared in the book until the final edition as well.

The End of The Green Book

The Green Book was published for 30 years. The title was altered several times over the years, and business listings changed from time to time.

Victor H Green passed away in 1960, but his wife continued the publication of the increasingly popular Green Book.

Rose Collins died in 1946, but her children kept the doors open to her home on 915 7th Avenue in Rock Springs for African American travelers needing services.

The 1948 edition expressed the hope that The Green Book would not always be necessary:

“There will be a day sometime in the near future when this guide will not have to be published. That when we as a race will have equal opportunities and privileges in the United States. It will be a great day for us to suspend this publication for then we can go wherever we please, and without embarrassment. But until that time comes, we shall continue to publish this information for your convenience each year.”

The landmark legislation of the Civil Rights Act of 1964, which ended segregation in public places and discrimination based on race, color, religion, or national origin, made the hope a reality.

Two years later, the publication of The Green Book was no longer necessary. The books are now archived online and in museums as a memory of the pre-Civil Rights era in America.

This is the second article of a two-part series on The Green Book in Rock Springs. It’s also a way to celebrate Black History Month by keeping stories like this alive. To read Part 1 click here.