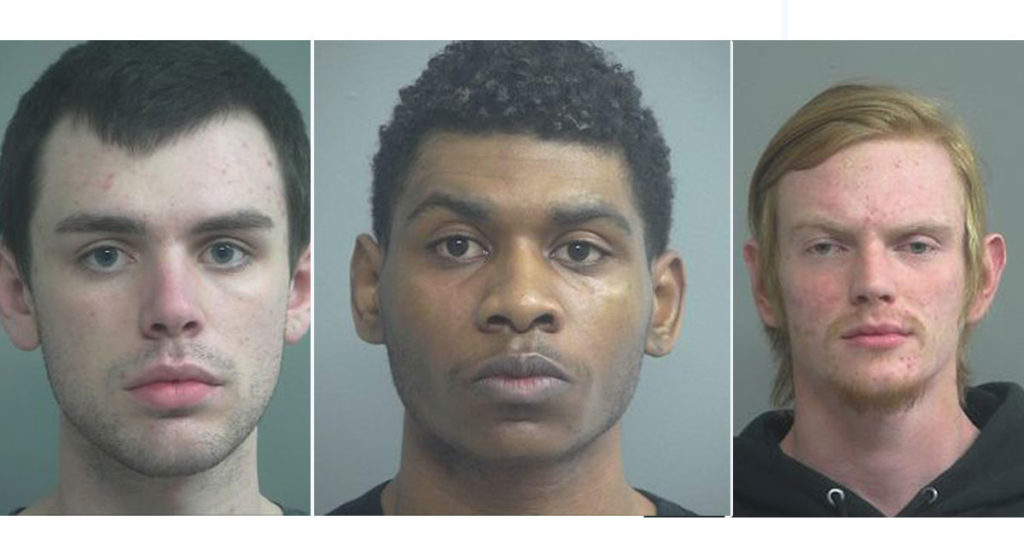 Tyler Billstein, Damon Longfellow, and Dominick McCall (left to right) have all been sentenced in the April assault and robbery of Skylar Haywood in Rock Springs.

ROCK SPRINGS — A 21-year old Rock Springs resident became the third person sentenced in a robbery and assault that occurred at the Sweetwater Heights apartment complex back in April.

Damon Longfellow will serve at least 9 years in the Wyoming State Penitentiary for his involvement in the robbery and beating of Skylar Haywood on the night of April 30.

Tyler Billstein and Dominick McCall, both 20, were sentenced earlier this summer for their involvement in the incident. Billstein was sentenced to 6-8 years and McCall 8-10 years, and both have been placed in Wyoming’s youthful offender program. If either of the Rock Springs residents fails to complete the program, they will serve the remainder of their sentences in the Wyoming State Penitentiary.

Longfellow changed his plea today to guilty on one count of kidnapping and one felony count of robbery in Third District Court this morning. Judge Suzannah Robinson sentenced him to 9-12 years on the first count and suspended the second sentence of 7-9 years in exchange for three years probation that Longfellow will serve once he’s out of prison.

Haywood’s attack in April was described in graphic detail by himself and the three co-defendants today. Longfellow admitted that he intended to rob Haywood of some of his tax return money so that he could find another apartment. He told the court he was tired of his current roommates but didn’t have the $800 he needed to get his own place.

Longfellow said he coerced Haywood to come to his apartment and hang out with friends. The two men lived three apartments away from each other, and Haywood testified that people were in Longfellow’s apartment when they arrived.

Haywood said the group smoked some marijuana and one of the participants coerced him into drinking alcohol. Court documents show that he was eventually led to a bedroom, ordered by Longfellow to give him his smartphone and security code for the purpose of transferring money, and eventually punched him in the face and stomach several times when he wouldn’t cooperate.

McCall testified that Longfellow planned to hit the victim with a frying pan and put taco seasoning in Haywood’s eyes if he failed to give up his passcode. While the situation didn’t escalate to that point, Longfellow was able to get Haywood’s wallet and ATM card, leave the apartment, and go to the 24-hour C store where he withdrew $400 in cash. McCall admitted to putting Haywood in a choke hold and increased pressure when he wouldn’t give up his code.

Court records also show that when he returned to the complex he found Haywood with duct tape around his head and mouth. The record shows that Haywood had been laid backwards on the ground in a chair and he had been “waterboarded” with alcohol.

Both Billstein and McCall testified that Longfellow did not direct them to assault Haywood. But they both claimed Longfellow accused Haywood of assaulting a 12-year-old boy, a 13-year-old girl, and sexually assaulting a pregnant woman.

McCall said they carried out the assault as punishment for Haywood’s alleged actions, though he never made the effort to confirm those accusations.

Haywood said after the robbery and assault took place that Longfellow walked him back to his apartment and for several days continue to harass him into giving him more money. He said he gave in to the demands for fear of another assault.

Longfellow’s attorney Gary Arnell argued that his client had no criminal history and that he was not present during the most serious abuse that Haywood took that evening. He also said Longfellow put an end to the abuse when he returned to the apartment, and the other co-defendants carried on the assault without Longfellow’s coercion or direction.

But Deputy County Attorney Hillary McKinney said both Billstein and McCall lacked “one significant aggravating factor” which was the premeditation Longfellow displayed while plotting to steal Haywood’s money. She added that when he returned from getting the money that he hit Haywood several more times, asked the co-defendants to check the apartment hallway for witnesses, then walked him back to his apartment where “he told him he’d done this before and gave him a hug.”

“Mr. Longfellow supplied the kindling, added lighter fluid, and then lit the match,” Robinson told Longfellow. “Essentially this was torture with weapons involved.”

Robinson ruled that because of the dangerous and violent nature of the crimes that probation wasn’t warranted in the case. She said it was clear Longfellow instigated the crimes and that the court could have also charged him with felony kidnapping which carries a maximum sentence of life in prison.

Two other individuals were arrested in the incident and are awaiting their respective days in court. Longfellow was given 140 days credit for time served and remanded to the Wyoming Department of Corrections after the hearing. 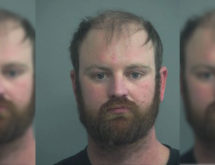