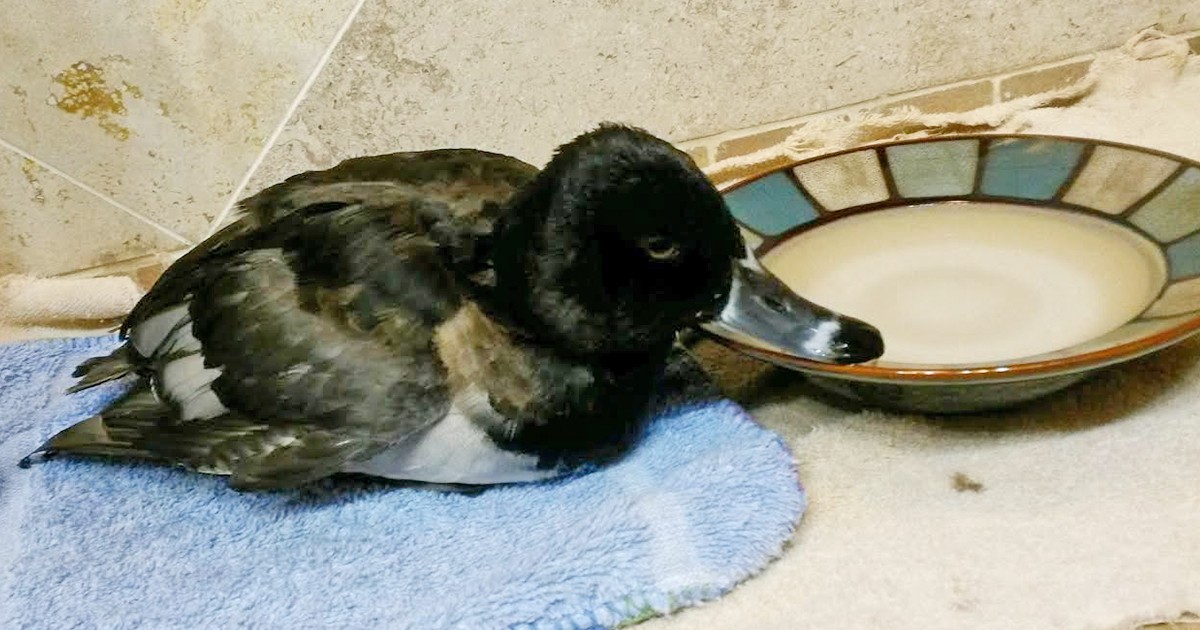 This is just one of the many waterfowl birds Adam Roich rescued. Courtesy photo

Note: This is a follow up story to the article called “Rock Springs Resident Claims Company Fired Him For Saving Birds,” which was written earlier this week. To read this story click here.

After receiving a couple of phone calls about the waterfowl dying in the Dominion Energy’s Canyon Creek evaporation ponds and why the company didn’t have a bird-rescue program, the U.S. Fish and Wildlife Service looked up information on federal regulations regarding the issue.

The questions came when Adam Roich claimed Dominion terminated his employment because he saved about 50 waterfowl birds from the ponds when he was employed by Dominion. While Roich admits, Dominion cited other reasons for his termination, which he didn’t want to discuss, he believes it was because of the birds.

According to the website www.fws.gov, “The Migratory Bird Treaty Act makes it illegal to take, possess, import, export, transport, sell, purchase, barter, or offer for sale, purchase, or barter, any migratory bird, or the parts, nests, or eggs of such a bird except under the terms of a valid Federal permit.”

Szuszwalak said taking of migratory birds that occurs as the result of otherwise lawful activity is not a federal crime under the Migratory Bird Treaty Act. Depending on the circumstances, other laws that protect natural resources, including the Endangered Species Act, Bald and Golden Eagle Protection Act, and Oil Pollution Act, as well as an array of state laws may apply and are appropriately enforced by the U.S. Fish and Wildlife Service, other federal agencies, and the states.

“This applies to all industries equally, and the service will continue to work cooperatively with our industry partners to minimize impacts on migratory birds,” Szuszwalak said.

He said any person could rescue a bird, but they would have to take the bird to someone with a rehabilitation license.

“You can’t take them home and wash them,” Szuszwalak said. “That would be a violation.”

He said some Wyoming companies have programs where a veterinarian with a rehabilitation license is employed or contracted by the company to take care of the bird-rehabilitation program.

Any company can apply for a permit, Szuszwalak said, but he wasn’t sure how big of an effort it would take to obtain a licensed veterinarian.

When Dominion was contacted earlier this week, Dominion Manager of Media Relations, Don Porter, said the company wouldn’t comment on the specifics of Roich’s termination, but the company did release a statement to SweetwaterNOW.

“As for the birds that land on the ponds, we abide by federal regulations which direct us to notify the U.S. Fish and Wildlife Service only in the event of a bird fatality,” Dominion stated. “We did not create these rules and regulations, but we are committed to adhering to them. One of Dominion Energy’s core values is ‘ethics,’ which we take seriously – especially pertaining to government regulations concerning our business operations.” 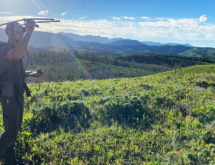 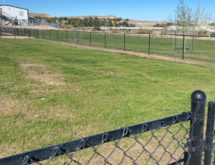