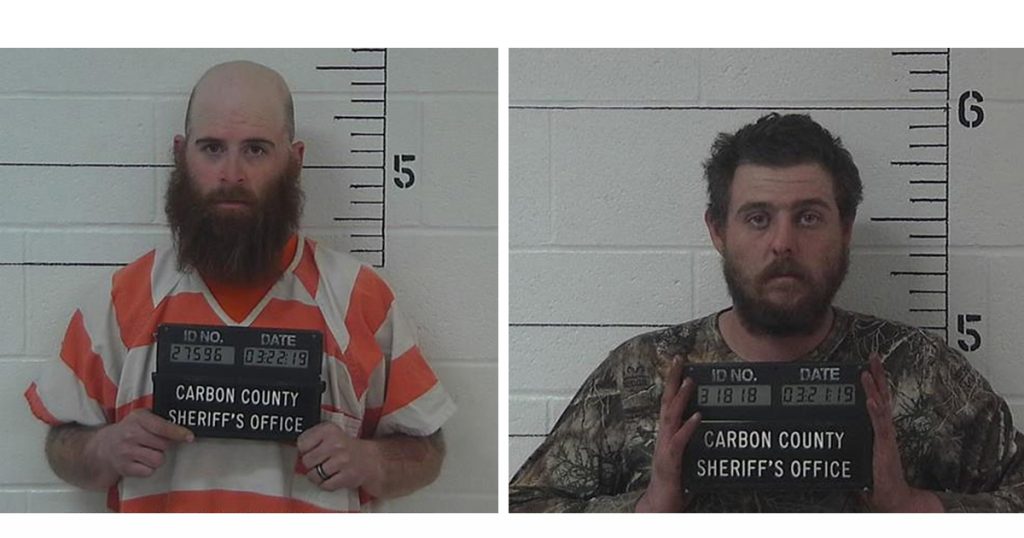 RAWLINS — Two Rawlins residents were arrested late last week in connection to a burglary and theft investigation by Sweetwater County Sheriff’s Office, which included a reported total of over $50,000 in property stolen from a private residence and two different businesses in Wamsutter earlier this year.

Antonio Pacheco, 26, and Nathan Gallant, 27, were arrested last Thursday in Rawlins for possession of stolen property following a month-long investigation into the incidents.

Through the course of these investigations, Deputy Sheriff Derek Morrell and Deputy Sheriff Brandy Dick independently found physical and digital evidence that later proved crucial in ultimately identifying the suspects and linking the cases together.

At the beginning of March, Detective Jeff Sheaman took over the investigation. Following up on and further developing leads obtained by Morrell and Dick, Sheaman corroborated the suspects’ identities, and with the help of local law enforcement in Carbon County, tracked them to a residence on the northeast side of Rawlins.

At around 9 a.m. last Thursday, sheriff’s detectives, in cooperation with officers from the Rawlins Police Department and others, served a search warrant at the residence.

During their search, detectives successfully recovered reported stolen property to include a flatbed trailer, tool boxes and tools, later returning the property to its rightful owners.

Detectives also discovered two suspicious, partial big game carcasses and turned them over to the Wyoming Department of Game and Fish for further investigation.

As a result of the search warrant, Rawlins Police Department officers arrested Pacheco and Gallant for possession of stolen property. The case is currently under review, and additional criminal charges may be filed in Sweetwater County.

As of press time, Pacheco and Gallant remain in custody at the Carbon County Detention Center awaiting initial court appearances.

Sweetwater County Sheriff’s Office reminds everyone that criminal charges are often reduced, dismissed or never filed; any alleged criminal conduct or charges referenced herein are mere accusations and all suspects or defendants are presumed innocent until proven guilty in accordance with law.