ROCK SPRINGS – It was all Western Wyoming Community College Thursday night as the ladies opened strong and used a big second quarter to move to 15-5 on the season  with a 76-48 win over Northwest.

The ladies shot 44 percent from the field while holding the Lady Trappers to only 25 percent for the game. Another big key for Western was on the boards as the Mustangs out-rebounded Northwest 54-39.

Individually, the ladies had four players in double figures with both Irene Garrido Perez and Savannah Hunter putting in 16 on the night. Hunter had a big game off the bench scoring her 16 points in 17 minutes while also grabbing eight boards on the night. Ozge Yarga hit four, three pointers on the night to finish with 14 points while Alexi Smith added 10 off the bench. Dora Goles controlled the tempo all night just missing a triple double. She finished with six points, nine rebounds and 10 assists on the night.

Behind 23 points in the first quarter, the Mustangs jumped up nine early. The defense shut down Northwest in the second only allowing nine points in the quarter. At the break, it was all Mustangs, 44-22. The Lady Trappers had a better shooting quarter in the third but the Mustangs continued to roll. Heading into the final quarter it was Western, 62, Northwest 37. With the game on ice, WWCC coasted to the 28-point win.

The Mustangs will return to Rushmore Floor on Saturday at 2 p.m. with a conference showdown against Sheridan. The Lady Generals enter averaging 80 points per game with an overall record of 15-6 including winners of their last two. On Wednesday, they defeated Central Wyoming 61-46. 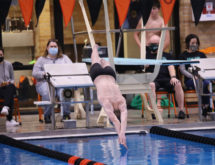 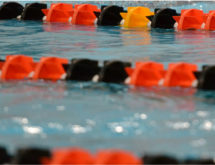