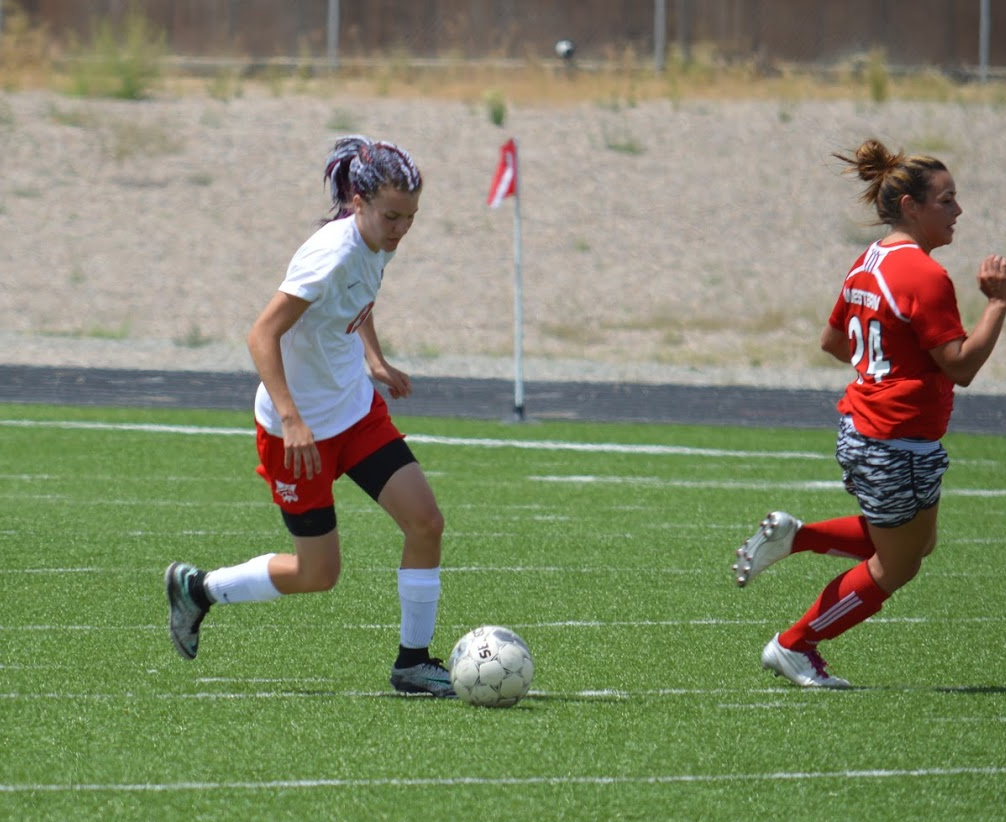 ROCK SPRINGS – With Region IX Tournament soccer only about a month away, the Western Wyoming Community College teams are heading into the final stretch. The Mustangs will have important home games this weekend.

The teams are coming off a challenging road trip to Colorado. Although the ladies did not bring home a win, they pushed the top two teams in the conference to their limits. On the men’s side, the team brought home a split.

The ladies of Western faced Otero and Trinidad on back-to-back days. Both teams are currently in the top three in the conference.

Otero came out strong and within the first 20 minutes were up 2-0. Western weathered the storm and came back. At the 43 minute in the first half, Madisyn Cantrell would score on a penalty kick to cut the lead in half. Two minutes later, Cantrell would take a pass from Clarissa Barton and even the game at two. WWCC would score first to start the second half. In the 60th minute, Otero would even the game.

From there defense would take over as the teams would go through regulation and two overtime periods without a goal. In the end, the two teams were locked at 3.

Against Trinidad on Saturday, one goal would be the difference. Trinidad scored in the 37th of the first half to take the win. Western struggled offensively on Saturday as they only managed five shots on goal.

For the men, they faced Air Force Prep and Trinidad. In Region IX the men’s divisions are split in to North and South while the women’s are not. While Trinidad is in Region IX, they are not North Conference.

The Mustangs scored twice to win against Air Force Prep, 2-1. Against Trinidad, the Mustangs would fall behind early. Trinidad would score twice in the first 25 minutes. They would add an insurance goal in the second half to take the 3-0 win.

For the men, Western dropped out of the top spot as Laramie remained perfect in conference play. The two will play Saturday. The Mustangs will open Friday against Western Nebraska who enters in the third spot in the North Conference. Games will be played at Crossroads Park in Rock Springs.