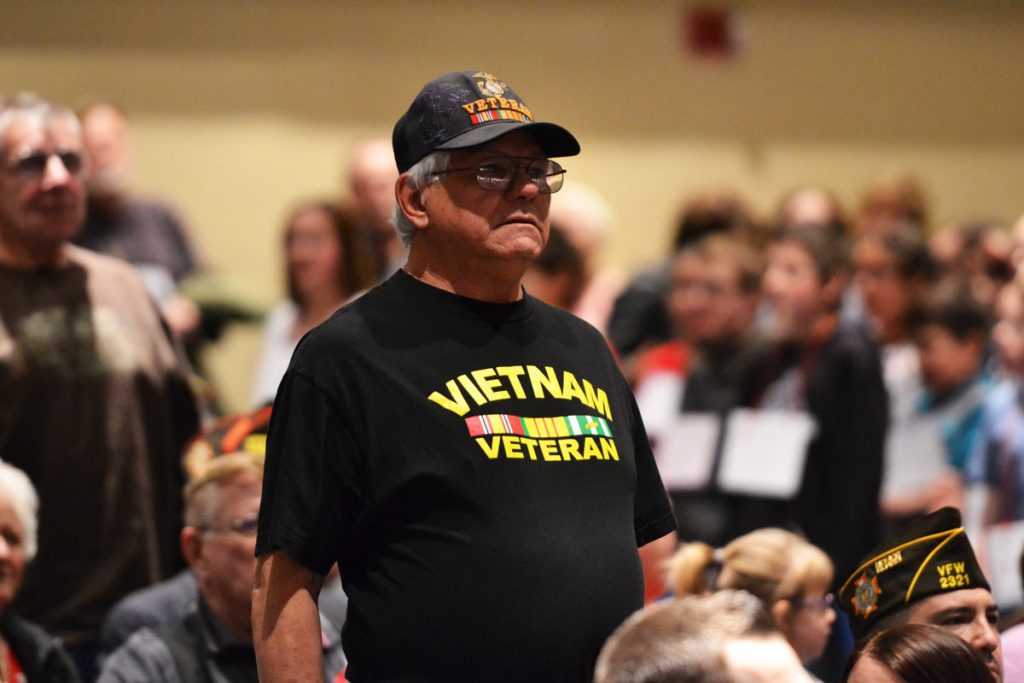 GREEN RIVER—Monroe Intermediate School (MIS) hosted its annual Veteran’s Day Program on Friday, November 10, in the Lincoln Middle School (LMS) auditorium, in which the students and faculty honored local veterans for their service.

The Boy Scouts’ Color Guard presented the United States flag and the Wyoming state flag and led the audience in the Pledge of Allegiance and National Anthem.

The LMS band and the fifth and sixth grade band played the National Anthem as the audience sang along with the MIS choir. 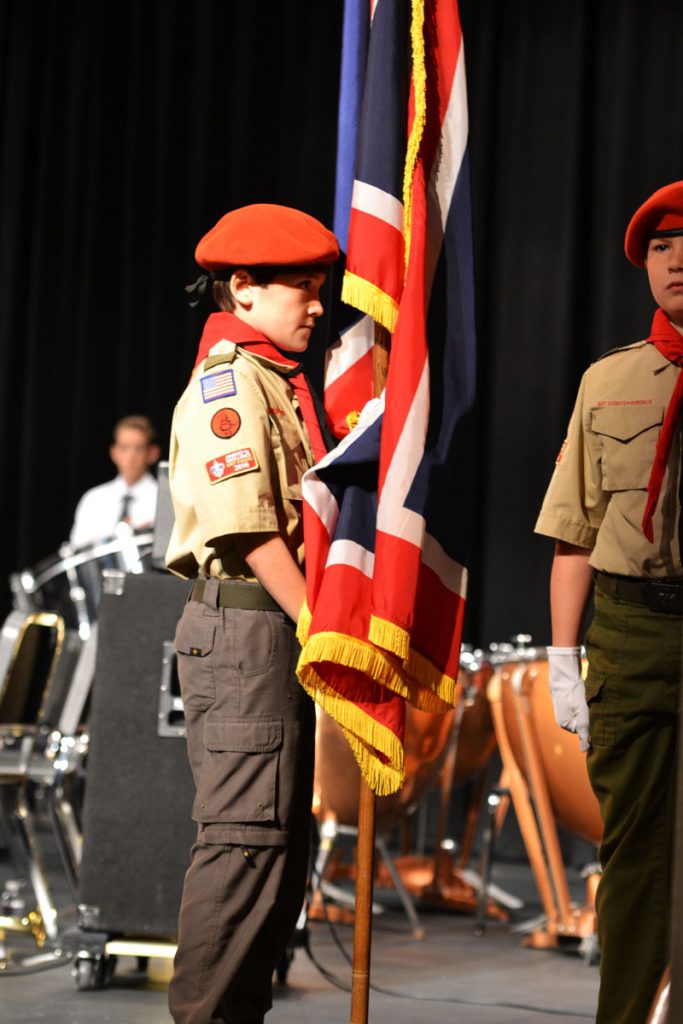 The program featured musical performances by the MIS choir, directed by Jill Carpenter, and the Lincoln Middle School and fifth and sixth grade bands, under the direction of Phil Chambers.

The band played the Armed Forces Medley, in which the military members stood when they’re branch’s song was played. The students, faculty, and the veterans’ families gave a round of applause to all of the veterans as they stood.

The military members who have lost their lives while serving the country were honored with a playing of taps by two of the middle school trumpet players. 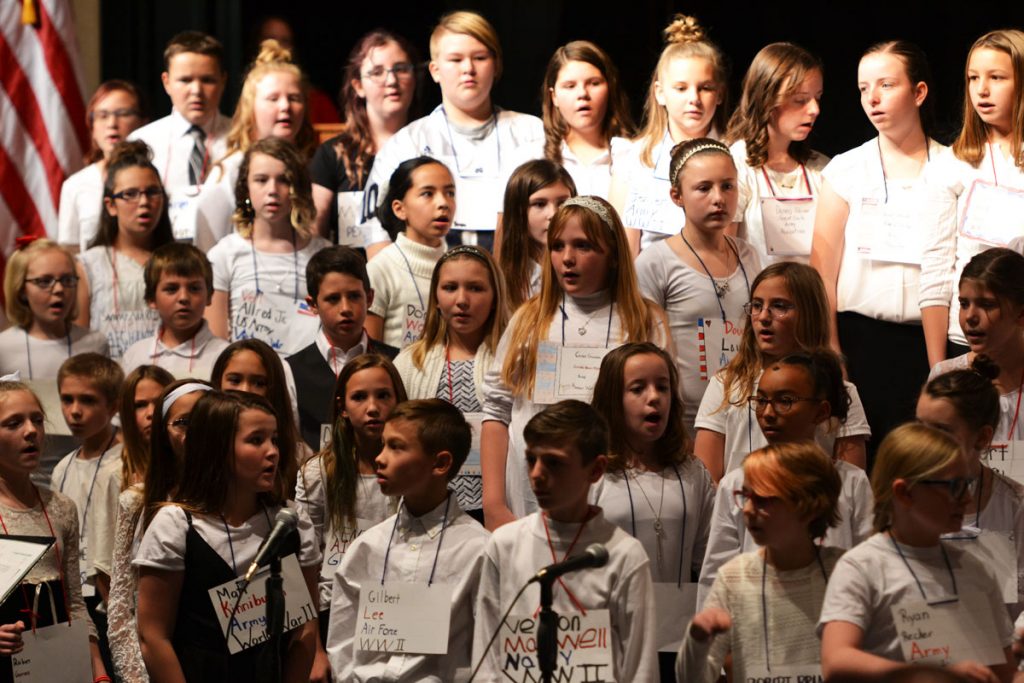 MIS principal Anne Marie Covey thanked the veterans and their families for joining the students and faculty, as well as for their service to the United States.

“We want to teach our students that Veteran’s Day isn’t just one day a year, but instill the importance that every day is a day to honor our vets,” Principal Covey said.

Mayor Pete Rust, a veteran himself, read a national proclamation for Veteran’s Day from the President of the United States. Mayor Rust served in the Army.

MIS teacher John Lee, who acts as an advocate for Green River veterans, helps a lot with organizing the program for the veterans. He also helps with the signs that are placed along Uinta Drive and Monroe Avenue.

He explained that the students put together the signs to honor veterans. He added that they are always willing to make a sign to recognize any veteran.

He said anyone who wants a sign for a loved one who served or is serving in the military can ask for a sign to be made, and that they would be happy to do so.

Captain Mary Johnson, who is Mr. Lee’s sister, talked to the audience about her lifetime experience in the military. She said she’s lived in 15 states throughout the country, and has visited, worked in, or lived in 30 countries.

“Not too bad for a kid who grew up in Wyoming,” Captain Johnson said.

She emphasized the importance of freedom to the students by showing them the abaya she bought when she landed in Saudi Arabia. An abaya is a loose, full-length cloak. George W. Bush signed an agreement that women in the military would wear an abaya while in Saudi Arabia.

She put the abaya on, along with a scarf that covered her face and explained that a lot of women in Saudi Arabia have to wear this at all times in public. She pointed out girls who were wearing pretty dresses and told them that their clothes wouldn’t be allowed in Saudi Arabia.

Captain Johnson said that those who serve in the military make a lot of sacrifices, so she told the students to not only thanks veterans on Veteran’s Day, but thank them every time they see them.

“If you see a person in uniform while traveling, I don’t care if you know them, go up and thank them,” she said. “Thank these people. Thank them every day.” 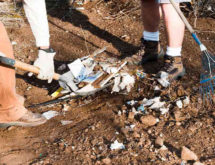