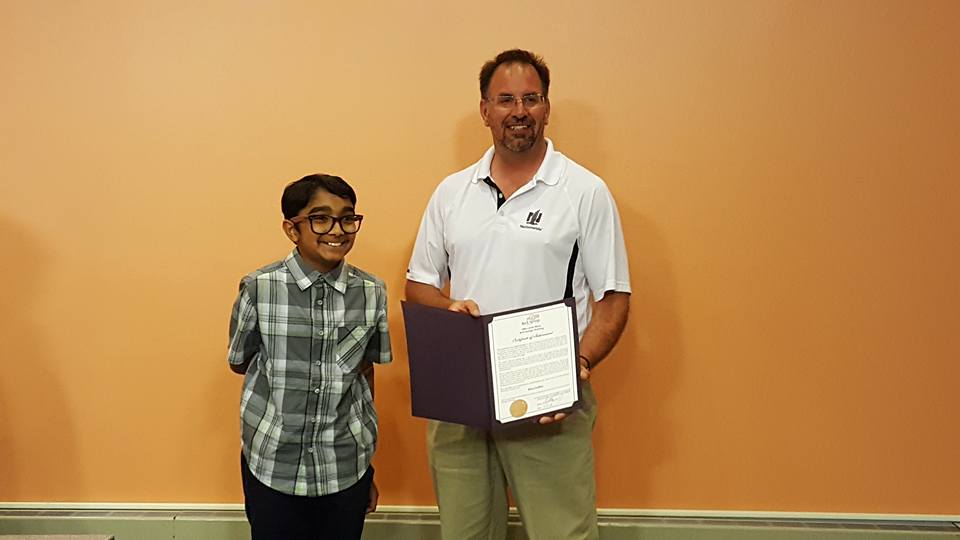 ROCK SPRINGS – It takes a special person to make it to a national stage while only in sixth grade. On Tuesday, the Rock Springs City Council honored one local young man that did exactly that.

Local Sweetwater County School District No. 1 Shiva Yeshlur – who will be going into seventh grade – recently participated in the Scripps National Spelling Bee. It was not enough for Shiva to be one of only 285 students to make it to the competition, he made it through the third round to finish in 46th place.

Councilman Rob Zotti has been one of Shiva’s biggest supporters and honored the young man on Tuesday. During his presentation, Zotti said it was exciting for Rock Springs to see such a talented young man excel on a national stage.

While this is Shiva’s first national competition, he is not a stranger to competition. He has participated in the state geography bee for the past three years and Zotti also noted he plays three musical instruments.

The councilman called Shiva a rare talent and added he has put in the hard work to be successful. Zotti pointed out most of his spelling ability has been self-taught.

“I encourage you all to remember his name,” Zotti said. “We will hear it again in the future.”