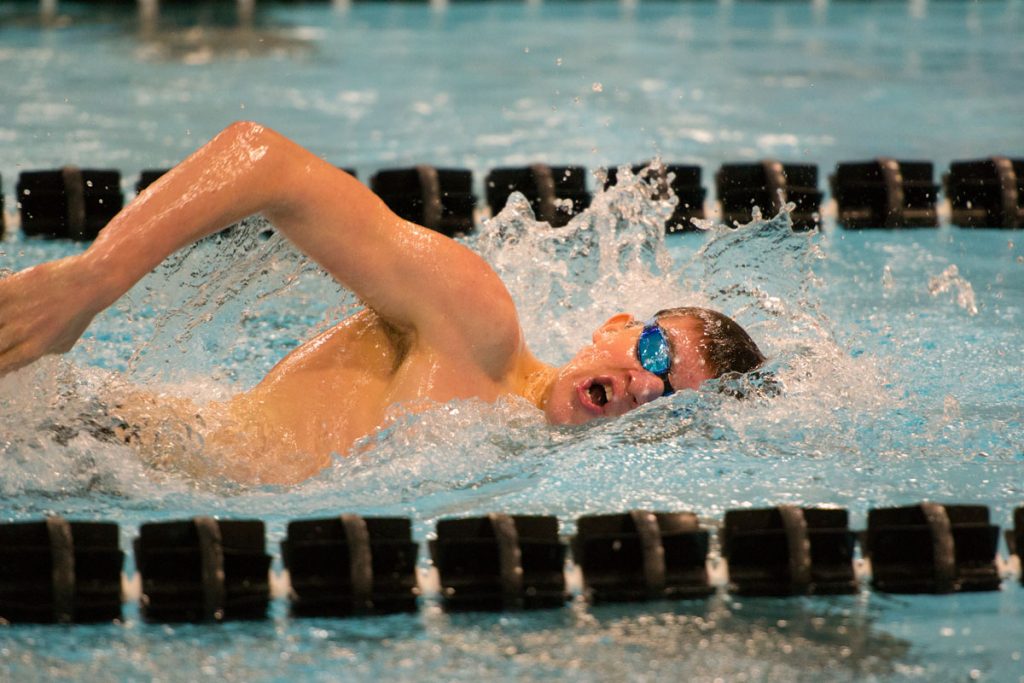 DeFauw and Spicer are both swimmers at Morningside College in Sioux City, Iowa.

Last week, DeFauw and Spicer competed at the Liberal Arts Conference Championships, in which they both qualified for the National Championships in multiple events.

They both also earned all conference as freshman by taking top three finishes in the 1650 yard freestyle.

The Morningside Mustangs took fourth place out of eight teams at the Conference Championships.

On day one of the 2019 Liberal Arts Conference Championships, DeFauw and Spicer both swam on the 800 yard freestyle relay team, which placed 5th. The team swam a time of 7:17.61, good for a National Cut.

DeFauw placed 4th in the 400 yard individual medley, smashing the Morningside school record with a time of 4:14.42, good for a National Cut.

On the final day of the Conference Championships, DeFauw placed 2nd in the 1650 yard freestyle, swimming a time of 16:49.78 (National Cut). DeFauw’s 2nd place finish also earned him all conference.

To earn all conference, swimmers must place in the top three in an event.

Spicer also took eighth place in the 200 yard butterfly, missing out on the National Cut time (2:01.59) by a few seconds.

In addition to Spicer’s accomplishments in swimming, he was also honored for earning a 4.0 GPA his first semester at Morningside.

The men’s swim team earned College Swimming and Diving Coaches Association of America (CSCAA) Scholar All-America Team award. Morningside was 2nd in the men’s division with a team GPA of 3.36.

DeFauw and Spicer will compete at the National Championships next week, February 27 to March 2, Columbus, Georgia.