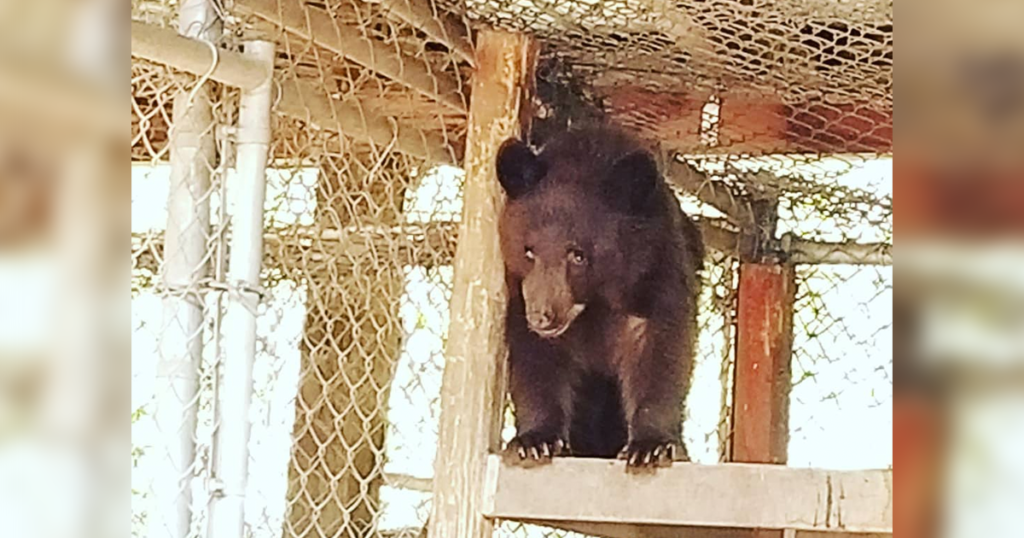 ROCK SPRINGS — It’s been quite a journey for Sage, a 10-month-old male black bear cub who happened to wander into Rock Springs back on October 3.

Back in September, the Game and Fish department captured an older female black bear, which had made its way into Clear View acres, near the base of White Mountain. The bear was in poor condition and was later euthanized.

According to Green River Game and Fish Regional Wildlife Supervisor, Todd Graham, the original thought was that the two bears were somehow connected. However, that idea was soon squashed because the first bear hadn’t nursed, which more than likely meant the two bears had no connection to each other.

While all Graham can do is speculate, his guess is that something happened to the mother and the cub lost its way looking for food.

Upon capturing the furry little guy, officials determined that the bear was too young to survive the winter on its own. That led to the decision to relocate the bear to a new home in Idaho. That new home, the Idaho Black Bear Rehab.

IBBR takes in orphaned and injured black bears, with the goal to give them a second chance. Most bears stay throughout the winter before returning to their original home states the following spring. When a bear is returned, the location is determined by the state’s game and fish department, which will place the bear in a spot where it can’t be hunted and has a chance at survival.

When the Wyoming cub showed up at the doorstep of IBBR, IBBR President Amy Kidwell came up with the name “Sage” for the facility’s newest member.

“I was looking at the map of the general area where he came from and I saw purple sage. You know, Wyoming and Idaho kind of have a lot of sage. So I thought, “that works.”” Kidwell said.

When Sage first showed up, he was small and scruffy. But with some good food and rest, he has since transformed into a healthy, happy cub.

“He’s still pretty shy, which is great,” she said. “He spends a lot of time observing the other bears.”

Although Sage spends a lot of time spying on the other bears, he has warmed up to them. Kidwell said she expects to see him playing a lot more next spring.

For now, Sage will enjoy his new home and curious friends until he returns to Wyoming next spring.