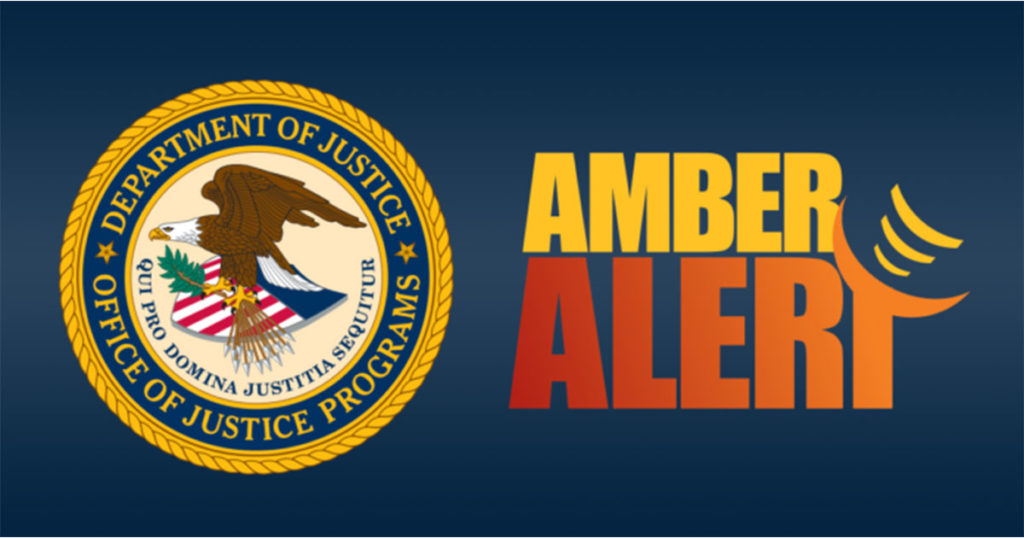 Wyoming officials said it would be "fairly easy" to create a missing person alert for adults, since the state already uses the Amber Alert system. h/t Office of Justice Programs

Wyoming may be expanding its arsenal of missing person alerts.

The state already uses the Amber Alert system to help locate missing children, but Cara Chambers, director of the Wyoming Division of Victim Services, said other systems are available too – for seniors, law enforcement officials, adults, and more.

She learned about the additional options through her experience leading the Missing and Murdered Indigenous Persons Task Force in Wyoming.

The task force has spoken with multiple families of missing adults who said Wyoming doesn’t have “a proper mechanism to timely report their loved ones who are missing,” Chambers told the legislature’s Select Committee on Tribal Relations during a meeting this week in Riverton.

“(The families) felt that law enforcement was dismissive of their case,” Chambers said, explaining that, “If someone is over the age of 18 and they’re an adult, unless you can make a reasonable argument that there’s some … emergency, or their safety is in danger, it’s very hard to get anyone to really activate law enforcement.”

After discussing the issue, Chambers said the task force surveyed local law enforcement agencies in the state to find out more about their missing person policies, practices and procedures – but only about 20 percent of the agencies responded, and their answers “were sort of across the board.”

“What that cited for us was a real need to try to push a more uniform protocol in our state for how missing people are reported and how that is handled by law enforcement,” she said.

Chambers recommended implementing Ashanti Alerts in Wyoming in an attempt to “broaden the approach” the state currently takes when responding to reports of missing adults.

It would be a “simple lift” with “little to no revenue impact,” she added, since “we already have the (Amber Alert) system.”

“This would just be adding another one,” Chambers said.

The Wyoming Highway Patrol already has the authority to implement additional missing person alert systems, according to state staffers, but the Tribal Relations committee asked for a bill to be drafted on the subject anyway so they could discuss it at their next meeting in October.

Wyoming Sen. Affie Ellis, R-Cheyenne, asked Northern Arapaho Business Council Chair Jordan Dresser if he would be interested in working with the state as it pursues additional missing person alerts.

He noted that a member of the Blackfeet Nation has already developed a software program that can be used to alert local communities when people go missing.

“It’s available, (and) they freely said … ‘Please use this as a resource,’” Dresser said. “So yes, I think that would be a great first step to creating something, and we could all work in collaboration with that.”

Blackburn’s officers are currently handling three missing persons cases, he said, all of which involve adult males who “have been missing for some time now.”

“We have followed every lead we’ve received and have come up empty,” he said.

He hoped the situation might change now that his agency is more adequately staffed.

“I’ve had some good luck with hiring – I think we have 18 officers now,” Blackburn said. “We have the staffing now that we can deal with the resources to look for (missing people).”

Resident Jessica Swallow asked Blackburn whether those additional officers might be able to “look into the sexual assaults that go on” on the reservation as well.

“That’s another essential thing for Missing and Murdered Indigenous Women,” she said. “We have predators that walk our reservation, and it’s scary – it’s really scary. … There are dangerous people walking around, (and) they’re just hurting more and more people.”

Blackburn agreed that “sexual assaults (are) out of control here” – but he said it’s difficult to pursue charges in many cases because the victims “don’t want to cooperate.”

“We try everything in our power to try and get them the help that we can,” he said. “A lot of the time though, they just don’t want to cooperate. … That’s our biggest road bump or hurdle.”

Those uncooperative victims may have decided it’s not worth the risk to pursue criminal charges, Wyoming Sen. Cale Case, R-Lander, said.

“If you’re terrified of seeing these (perpetrators) in the community and terrified of the circumstances where you’ll be interacting with them and it feels like you’re not getting any satisfaction out of the legal system … the culture would evolve to where it’s a bad thing to tell, because you get punished or worse,” he said. “I wonder if that’s what’s going on.”

There are repercussions for victims who report crimes to police, Swallow said – for example, she said a friend of hers received “death threats” after cooperating with a law enforcement investigation.

Others “ridicule” and “discredit” sexual assault survivors who speak out, effectively “undermining” them and potentially silencing other victims, Dresser said.

“Unfortunately, we live in a place where we protect predators,” he said. “There are so many predators who do these things time and time again, and sometimes the victims don’t come forward because I think they see that nothing happens to those individuals – that it just kind of goes nowhere. …

“We really need to create a space where, when people do speak up, we help them.”

The Wind River Agency is working on hiring two victim specialists, Blackburn said, but the candidates have to undergo extensive federal background checks before they can start work.

That process can take up to a year, he said, calling the background checks “a little bit excessive.”

“We need help to cut (that) down,” he said. “We need victim advocates.”

Until those advocates are in place, Dresser said local officers might benefit from additional training to help them respond more effectively to reports of sexual assault.

Fast Horse said Tribal leadership could start “really pushing” the training piece with the BIA by “making sure that they are following up with us and producing some results.”

On the state’s end, the Tribal Relations Committee asked that a letter be sent to federal officials expressing concern about the time it has taken to hire a victim advocate on the reservation, among other issues.

Committee members also asked to hear from other law enforcement agencies in October about the ways they respond to reports of sexual assault.

“There must be some best practices (or) guidelines,” Case said. “We ought to be able to bring (those) to the committee.”

Chambers suggested the committee reach out to the new executive director of the victim service unit for Wind River Family and Community Health Care as well, adding that she also would be “happy to help try to understand that bridge that we encounter frequently with sexual assault victims and law enforcement.”

“The dynamic that you saw (today) plays out frequently,” Chambers said.