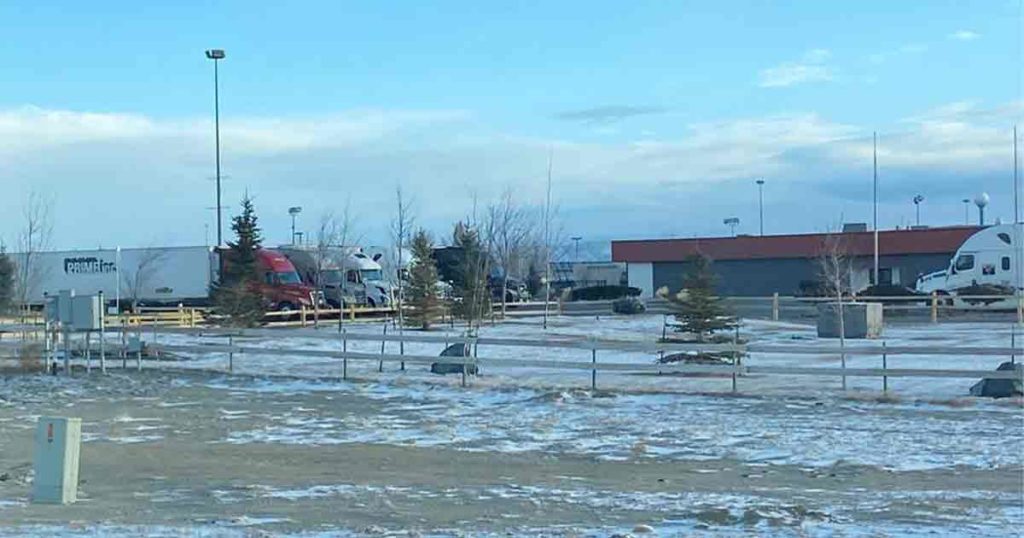 Here are just a few of the semi trucks that parked at the Sweetwater Events Complex during the last major snow storm on December 11-12. SweetwaterNOW file photo

ROCK SPRINGS — One of the many semi truck drivers who was stranded at the Sweetwater Events Complex around December 11 due to Interstate 80 being closed, made sure to write a letter to the City of Rock Springs thanking Rock Springs residents for their hospitality.

While the emailed letter was not read aloud during the Rock Springs City Council meeting Tuesday evening, Rock Springs Mayor Tim Kaumo pointed it out saying he wanted to thank Kimberly Davis for writing the letter to the city acknowledging all the great things Rock Springs residents did while truckers were stuck here.

The emailed letter from Kimberly Davis said she was one of the many truck drivers who was parked at the Sweetwater Events Complex over the weekend.

“I just wanted to thank the city for its hospitality (and) hope you will pass on my thanks to the folks who brought meals out to the many drivers who were here with me,” Davis’ letter states.

“You have my gratitude and after 36 years in this career I can say I’ve never been treated with the care of any community the way I was in your city,” the letter continues.

See the Davis’ complete letter below.

Another trucker Khai Barr reached out to SweetwaterNOW while he was at the Sweetwater Events Complex to make sure we let residents know how much he appreciated the meals he received while stranded in Rock Springs.

Way to go Rock Springs! Not only do we take care of our own, but those passing through.