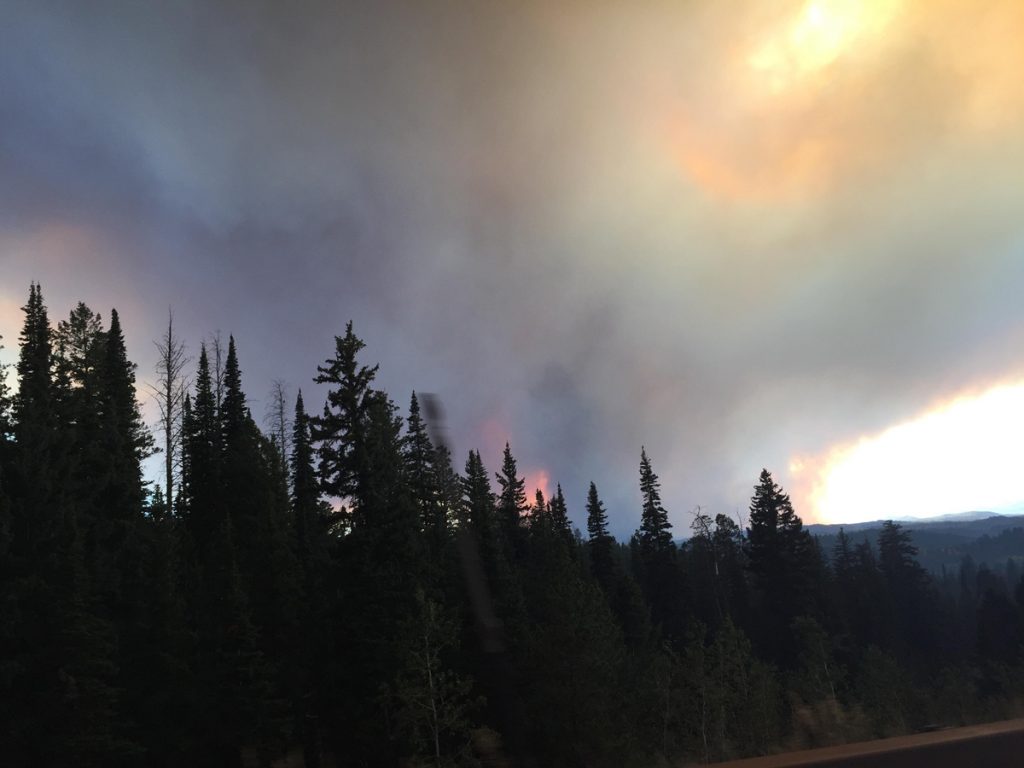 Bournazian started his report on the county fire department by saying it has been a long fire season with very few days off.

In 2017, the Sweetwater County Fire Department received a little over 100 calls for the entire year. This year, the department has already received over 100 calls, and there are still three months left in the calendar year.

Bournazian said the county’s one saving grace is the lack of timber. However, the trees that are within the county and the state are in drought condition. He said it takes a lot of rain to make the timber resistant to fire.

Sage, the juniper trees to the South, and grass serve as fuel within the county.

Bournazian said the fire season is on a downhill slide as the weather cools down, humidity changes, and the days become shorter. However, he said all that is needed is a big wind to spread a flame and make a big fire.

Bournazian said the Roosevelt Fire has reached 60,000 acres. It is believed to be human caused, most likely started by a campfire. The fire is split between two counties, which are Sublette County and Lincoln County.

Bournazian said 146 homes total have been saved, while 55 have been lost. He said that number is probably doubled in other structures lost that are not primary residences.

The Sweetwater County Fire Department has been involved in fighting the Roosevelt Fire the moment a request for their service was made.

Suppression costs alone have reached $22 million to date. This amount does not include the estimated loss costs.

Bournazian said that once the account is drained, the counties will have to go to the state and ask for additional funds to be put into the account to cover additional costs.

Bournazian said the Roosevelt Fire is what is called a “season-ending fire,” which means rain and snowfall will play a critical role in containing the fire. After Tuesday night’s rain, the fire is 85% contained.

Bournazian also said that three firefighters have been injured working on the Roosevelt Fire, none of which are Sweetwater County firefighters.

However, he said the county fire department will be doing follow-up with some of their firefighters, as working on a fire like this is “mentally challenging” and very stressful.

“It’s mentally challenging when you have to drive by people’s homes that are on fire trying to save another one, and you can’t save that one,” Bournazian said.

Sweetwater County’s big fire this year was the Laney Rim fire which reached 13,000 acres. It started on Bureau of Land Management (BLM) land. The county fire department entered this fire on a cautionary agreement with the BLM.

The Laney Rim fire also burned 160 acres of private land. The fire is a 1% cost to the county based on acreage, which is how most cautionary agreements work.

The county’s other big fire was the Black Butte fire, however this fell within the Sweetwater County Fire District #1 jurisdiction. Fire District #1 has a 60/40 split with the BLM, so the fire district will be responsible for 60% of the fire costs.

Bournazian said the Wamsutter Fire Department has made a huge different for the county fire department in the Eastern part of the county.

There was a series of arson fires that started in Utah and continued down I-80 in Uinta County, Sweetwater County, and Carbon County. Bournazian credited the Wamsutter Fire Department for keeping those fires small.

He also said the Granger Fire Department has made huge strides in the last year and a half to help the county fire department.