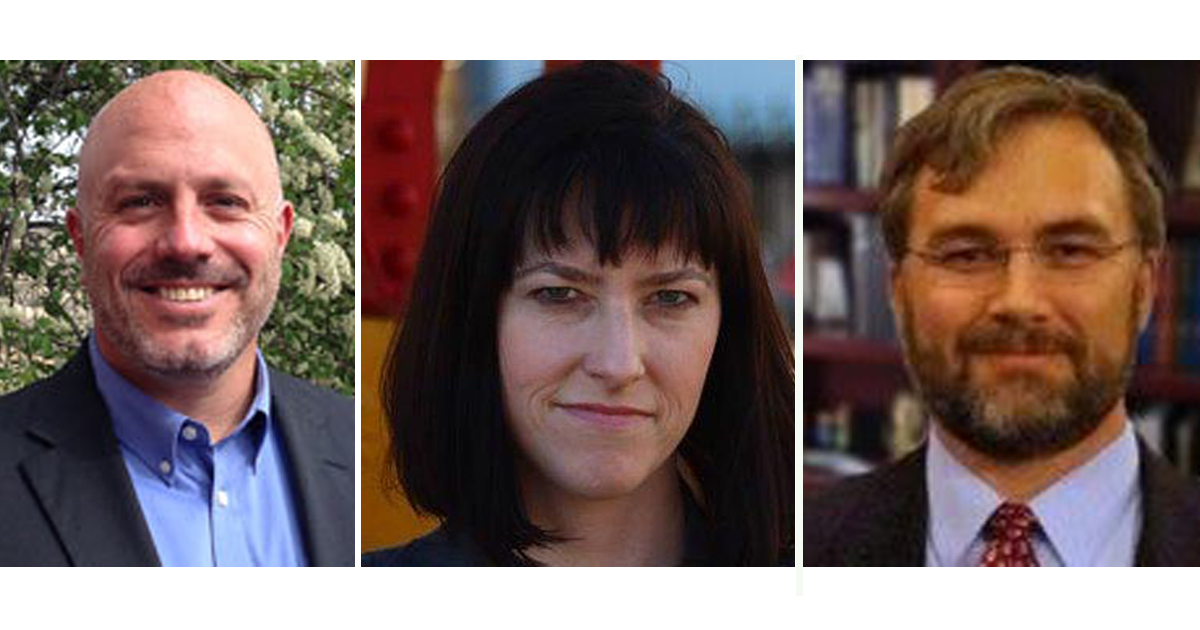 Wyoming Governor Mark Gordon will have until September 22 to choose between (left to right) Dan Erramouspe, Suzannah Gambell Robinson or Jason Petri to replace Nena James on the Third Judicial District Court bench.

CHEYENNE — The list of candidates seeking to replace Third District Court Judge Nena James has been narrowed down to three, and those candidates met with Governor Mark Gordon in Cheyenne for final interviews on September 9.

“The Governor has until September 22 to make his decision on who he will appoint as the new judge in the Third District,” said Michael Pearlman, Communications Director for the Governor.

Judge James announced her retirement back in July after serving the court for 18 years. She was appointed to the bench in October 2001 and retained in 2002, 2008 and 2014. Her retirement takes effect October 18.

The process of selecting candidates to replace James began immediately after her announcement, and the Judicial Nominating Committee narrowed that list to the current candidates.

Daniel Erramouspe is currently serving his second term as the Sweetwater County Attorney. Before his election to the office, Erramouspe operated a private legal practice in Rock Springs. He has also served on the Rock Springs Municipal Court bench for several years in the early 2000s.

Jason Petri currently runs a divorce and family practice law firm in Green River. He is also a Municipal Court Judge for the City of Green River. Prior to his current status, Petri served as Deputy, Chief Deputy and eventually Sweetwater County Attorney between 1994-2006.

Suzannah Robinson graduated from the University of Wyoming College of Law in 2006. She ran a private practice from 2015-2017 and currently works for the Lemich Law Center in Rock Springs. Robinson also worked as a Sweetwater County and Prosecuting Attorney from 2008-2015.