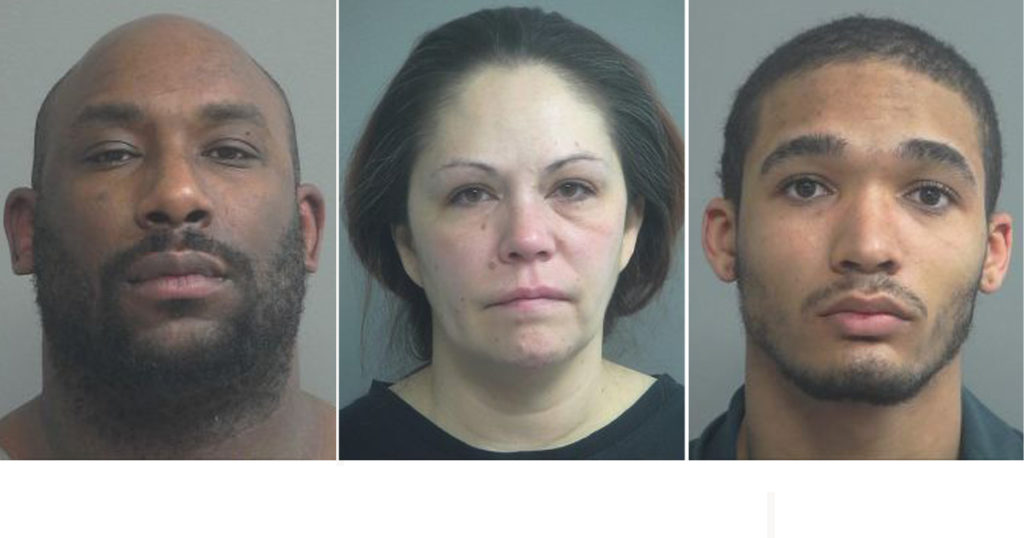 Booker, Alcon and Hughes (left to right) await trial in the Sweetwater County Detention Center for an alleged incident that took place in Rock Springs on January 31.

ROCK SPRINGS — Three individuals allegedly involved in a shooting that took place inside a trailer at 1700 Swanson Drive in Rock Springs at the end of January have all entered not guilty pleas in Third District Court.

Darell Booker (38), Amanda Alcon (41), and Tavarez Hughes (18) have all been arraigned in the case and will now face a jury trial unless a plea agreement can be reached before June 27. That is the tentative date for their trials established by Third District Court Judge Suzannah Robinson.

Booker and Hughes face incarceration of 35 and 45 years, respectively, for alleged offenses that include disposition of a deadly weapon with unlawful intent. Booker’s charges also carry fines up to $31,000 while Hughes alleged crimes carry fines of $43,000.

Alcon pleaded not guilty to one charge of conspiracy to commit possession of a deadly weapon with unlawful intent and faces a maximum penalty of five years in prison and a $1,000 fine.