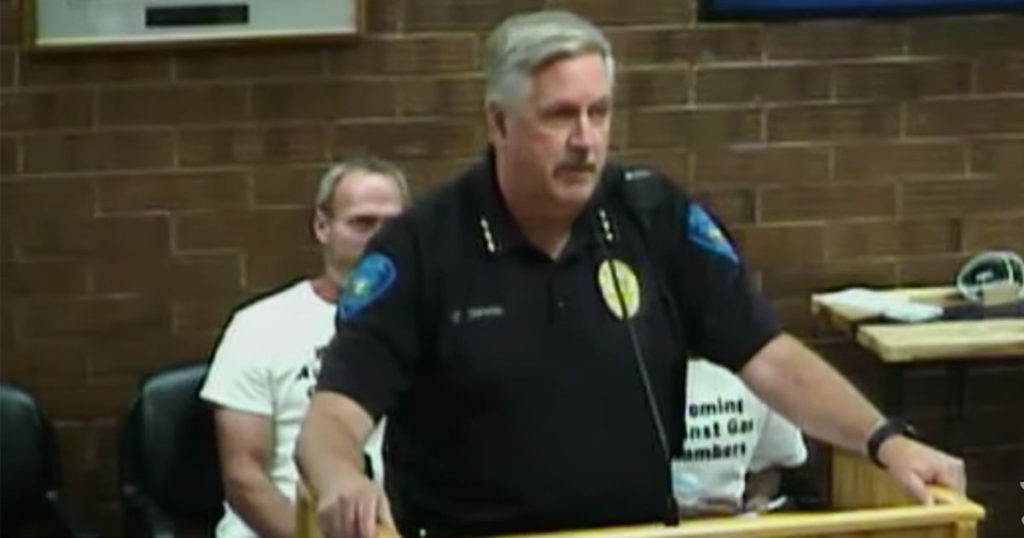 GREEN RIVER — During the Green River City Council meeting Tuesday night, members of Wyoming Against Gas Chambers addressed the Council regarding the decision that was made earlier this year to remove the gas chamber from Green River Animal Control.

Wyoming Against Gas Chambers member Madhu Anderson said that on January 4, the Council announced that the city would begin working towards removing the gas chamber.

“We are interested in knowing what steps have been taken because it’s been more than nine months,” Anderson said. “In my knowledge, the gas chamber is still being used to kill dogs, cats, kittens, and puppies in the Green River Animal Control right now.”

Green River Chief of Police Tom Jarvie responded to the group by saying that the police department is in the process of working towards removing the gas chamber.

“We have had vets come in and evaluate everything that’s been done at the shelter and come up with some recommendations for other alternatives and how they would work,” said Jarvie.

He added that the department has purchased equipment including an injector and a cage system to help pin the animal, which he said has to be done. Other equipment is also on order, and they are preparing to upgrade and repair a room in the animal shelter to use for euthanasia.

He said the Green River Parks and Recreation Department will be doing that, and they have been busy throughout the summer.

The room will be updated this winter, and in the meantime both methods of euthanasia are being used, Jarvie said. He added that the chamber is being used in the way that is outlined in the American Veteran Association medical guidelines.

“Animals are not being put in there in any of the ways that have been presented to Council in the past. The things that are described that happens are not happening in our shelter, have not happened in our shelter, and will not happen in our shelter,” Jarvie said. “Staff continues to do an awful lot to make sure that we do not euthanize any animal that we can save.”

He said that this last week two animals were dropped off at the shelter who were 10 years old with large tumors. Jarvie said these animals typically are difficult to adopt out but that the staff found a rescue in Jackson, had volunteers meet up with the rescue, and now the animals are in foster homes being taken care of.

“We would love to not have to euthanize any animals. We have irresponsible pet owners in our community that make this necessary,” he added. “So anything that can be done to take care of that problem as opposed to demeaning our staff publicly, I would appreciate.”

Councilman Gary Killpack and Councilwoman Sherry Bushman commended the staff for their work as well, stating that the animals come first for the animal control officers.

“I am pleased with what they do, I think they care very much about the animals and they do everything they can in their power to not have to euthanize them,” Killpack said.