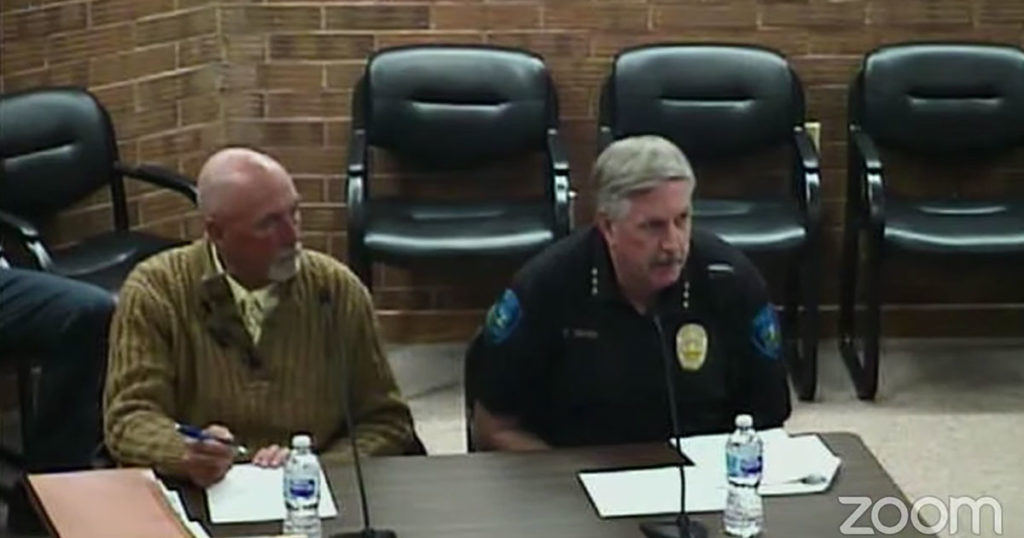 Green River Chief of Police Tom Jarvie talks about the grant funding that will pay for the portable radios during Tuesday night's Council meeting. Zoom photo

GREEN RIVER — The Green River Police Department (GRPD) will finalize its purchase of new portable radios, replacing the old ones that are approximately 15 years old.

The last step in the purchase was gaining Green River City Council approval of a budget resolution, which they did unanimously Tuesday night.

In August 2021, the GRPD applied for a Coronavirus Emergency Supplemental Funds (CESF) Grant from the Division of Criminal Investigation for the purchase of the portable radios. GRPD was notified at the end of September that they had been awarded the grant funding and the Council approved an agreement for the funds on October 5.

The budget resolution that was approved Tuesday increased the General Fund Budget for the Police Administration Division in the amount of $145,182.84. These funds will later be reimbursed by the grant.

The CESF grant was awarded with the intent to prevent, prepare, and respond to the COVID-19 pandemic. As part of Sweetwater County law enforcement’s COVID-19 response plan, agencies throughout the county are meant to assist each other when necessary. The new radios were necessary as the old ones were not longer compatible with the Rock Springs Police Department radios.