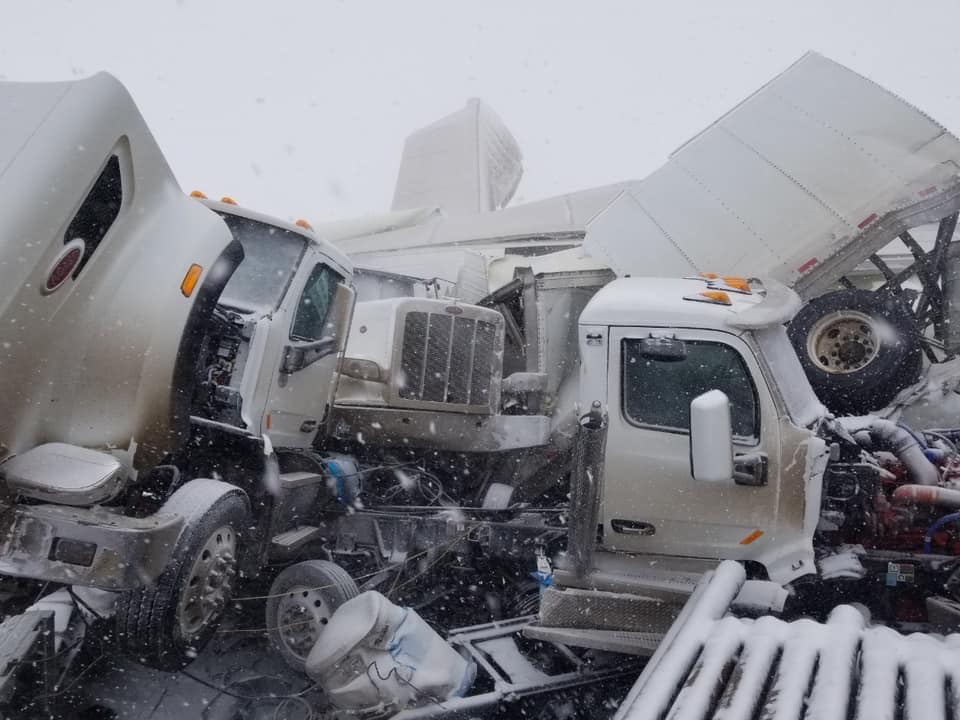 According to multiple reports and a photo originally posted online by Vanessa Pulver, there was a major multi-vehicle crash on I-80 between Rawlins and Wamsutter. The crash occurred Sunday evening around mile marker 184.

A video was posted to Facebook of the pileup’s aftermath, which is reported to have included over 50 vehicles (the majority of which were commercial trucks). No official word has been released on injuries, deaths, or the number affected.

On the WYDOT website, winter driving conditions were reported and some roads had been closed due to crashes and the weather that had started earlier in the day and continued throughout the evening.

As of 9:20 p.m. Sunday night, the WYDOT website shows the area around Wamsutter on Interstate 80 will be closed for an estimated 14-16 hours.

I-80 westbound from Laramie to the Wamusutter is closed.

Updates will be posted as new information becomes available.